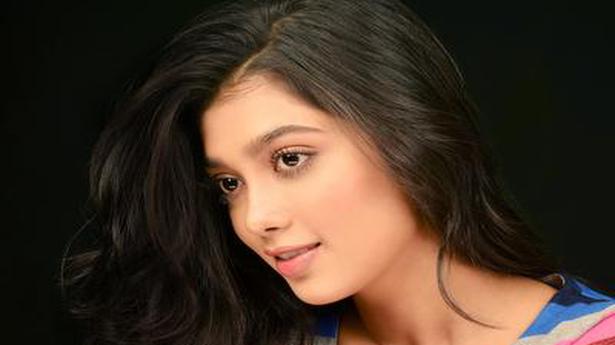 Digangana Suryavanshi may look innocent but behind that visage lies a wealth of experience that she gained as a child artiste. The Jabalpur-born Mumbai-bred girl has almost wrapped up Hippi with co-starKarthikeya (of RX100 fame).

About her unique name, she says, “My family wanted a girl child and a fresh name, so they went through many name books in Sanskrit. Digangana is used for a girl who is versatile, beautiful, talented and kind-hearted. I remember practising my name when I wasn’t even a year old. My mum keeps telling me the story as to how they prompted and help me learn the name.”

The moved to Mumbai when she was three months old. Her father had acted in a couple of films before he got married and she, like a curious child, found the television box fascinating and colourful. She became a professional actor when she was only seven years old, doing commercials and telefilms, and acting in school too.

Having worked in 12 serials (including the popular Ek Veer Ki Ardaas…Veera), a reality show Bigg Boss and two movies (Fryday and Jilebi), Digangana is no stranger to acting or fame. However, she likes South Indian films for their grandeur and content and has watched Telugu films dubbed in Hindi.

Hippi she reveals is a proper love story — about how love is today, how younger girls handle it. She shares details of how she got the Hippi offer, “When I met the Hippi team I realised I couldn’t have asked for a better project. I play a strong character in it. ”

Ask her what she has learnt from the industry and she says she took a lot more responsibility when she wasn’t really mature. She learnt not to put your trust in others too much. She has also learnt to be patient and independent. She adds, “I don’t crib about things. I realise that if I wasn’t good on my job, these people would look at me in a different way it is absolutely based on who you are and what you become. I am an opinionated person and don’t get carried away easily. I take complete responsibility for my choice and I keep my parents aware of what I am doing.”

Her philosophy in life is that if you really want to take off very high, you should make your roots go really deep. It is about not forgetting where you come from. Also that everyone who is watching your life is not participating in it; they just go and come. Since Digangana has worked from childhood, money or material things don’t interest her and she never kept a tab on what was coming in and going out. She avers, “I have seen the attention and have seen people change when you become a certain thing and when films don’t work. That makes me understand that I shouldn’t take things for granted when I have them.”

Ajith’s next film, the 60th in his career has been titled Valimai. ‘Valimai’ equates to ‘power’ or ‘strength’ and follows the actor’s knack of titles beginning with the letter ‘V’: Viswasam, Vedhalam, Vivegam and so on. The film had its pooja today in Chennai and was earlier referred to as ‘AK 60’. The makers announced […]

Santhana Bharathi is an actor-filmmaker who started working under veteran filmmaker CV Sridhar. He made his debut with Panneer Pushpangal, a coming-of-age romantic drama. He’s known for his association with actor Kamal Haasan, with whom he worked in two films Guna and Mahanadi, which won the National Award for Best Feature Film in Tamil. Santhana […]