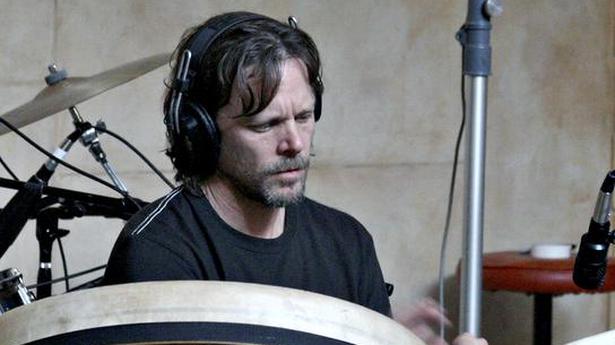 At the Ganpati festivities in Pune in September last year, an American joined in and played with the street drummers. Nobody seemed to know he was Greg Ellis, renowned percussionist who has also worked in 150 Hollywood scores including The Matrix: Reloaded, 300, Iron Man, Body Of Lies and Argo.

Though he follows various global drumming styles, Ellis is particularly fond of Indian rhythms, having played with tabla maestros Ustad Zakir Hussain and Bickram Ghosh. However, in his stage set-up, he uses the nagara, introduced to him by Nathu Lal Solankey. Ellis will be the special guest at A Homage To Abbaji, to be held on February 3, as a tribute to tabla doyen Ustad Allarakha on his death anniversary. “Right now, I am very confident, but I may have my OMG moment on the day of the show,” he jokes during the interview.

Ellis normally plays the western drum kit, but his set at the show will include world music instruments like the cajon, udu, frame drum, darbouka and ashiko. He says, “I have amassed a collection of hundreds of percussion instruments from all over, and I play them all. Maybe not in the traditional manner but I respect the culture they come from and why they exist in the first place.”

As a child, Ellis first picked up the classical trumpet. He got interested in drumming after playing in a marching band. His initial taste revolved around rock bands like Boston, Led Zeppelin and Van Halen. Ellis elaborates, “I also got into progressive rock and my biggest influence was Neil Peart of Rush, who we lost recently. Listening to Rush opened me to odd time signatures and complex patterns of rhythm.” The young drummer started playing professionally at the age of 20 after moving from the San Francisco Bay Area to Los Angeles. The percussionist says, “It was only at 26 that I got into global percussion after reading the book Drumming At The Edge Of Magic by Mickey Hart (of The Grateful Dead).” He eventually started the projects Vas and RhythmPharm.

Ellis met Zakir Hussain through Hart, who was producing an album for the Japanese taiko drum group Kodo. He recalls, “I knew Zakir was on the album but I didn’t know I would be playing with him. I was initially intimidated but when I met him, he made me feel that if I was in that room, I belonged there. He’s a very giving musician who [has] always encouraged others to excel.”

On collaborating with Kolkata-based Bickram Ghosh, Ellis says, “I first worked with him in the first Rhythmscape album 20 years ago. With the equation we share, we say that we are one drummer with four arms. When I visited their place, I also had a chance to be guided by his father Shankar Ghosh.” The musician explains working on film projects is special as you play in accordance with the visual. “I was lucky to work with Alexandre Desplat, who composed the music for Argo. It was nominated for an Oscar. My other favourites are 300 and The Matrix: Reloaded,” he adds.

The percussionist is especially looking forward to the barsi tribute as he wants to give something back and be part of the celebration to honour the incredible legacy of Ustad Allarakha. “India has meant a lot both musically and personally,” he asserts.

A Homage to Abbaji – Ustad Allarakha will be held on Monday, February 3 at Sri Shanmukhananda Chandrasekarendra Saraswathi Auditorium. Log onto bookmyshow.com to register for free passes.

He had an ability to play with both popular and rare ragas. Source Related

The search for a parabolic tiger

Breaking free of its kirtan background, the shree khol is finally taking its place on the concert stage and in rhythm ensembles Source Related