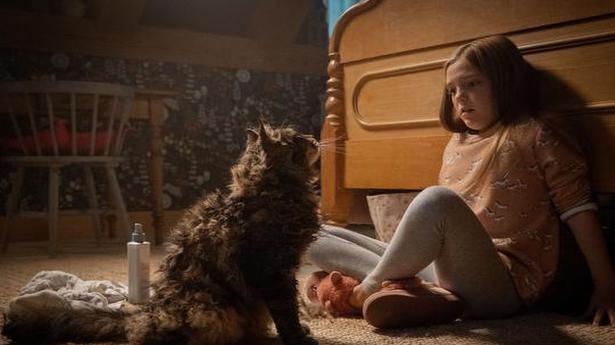 When you pick a Stephen King book that is already popular among literary horror geeks, make it into a film in the 80s, and release at a time when Hollywood is witnessing a horror renaissance of sorts, it’s only fair to keep your standards high. Pet Sematary misses that mark by a mile.

The film spends a leisurely time investing in its characters at the cost of thrills and scares, and when it ultimately does come to the scares, you realise that you haven’t invested yourself enough in those characters to really care much for what happens to them. As a viewer, the film ushers you into a strange vacuum, where you will find several American horror films rotting away in oblivion.

Pet Sematary has a traditional horror film opening — sweeping drone shot of thick woods, leading to a house. We discover it to be the new home of the Creed family of four. The family soon discovers that there is something amiss, the father is a non-believer in supernatural, the children are perceptive and things change after the first death — as expected. The only thing fresh about this sequence of predictability is the involvement of a pet in this sinister setting. But the credit for that goes to King, not the makers of this film. The onus then is on the makers to take the USP of the story and elevate it but the cat is unable to capture attention with either its cuteness or eeriness. The narrative is tiresome till a point when it eventually picks up the pace and manages to be creepy, but still not terrifying.

Beyond pets, death is central to the film. Our inability to accept the demise of a loved one, especially when it’s untimely, is universal. It’s hard to let go, even for the emotionally strong minds (here: the father). You understand the pain and anguish of the characters but the film is too bland for you to empathise with them. The narrative is disjointed and staccato, which doesn’t allow characters to develop naturally. The mother is dealing with a deep-seated childhood trauma, which she can’t shake off. With a twisted spine involved, the imagery of her past is nightmarish but the impact of her trauma is diluted as the film keeps shifting focus constantly. John Lithgow as an enigmatic neighbour generates the creeps with his dishevelled presence but is rendered quite inconsequential ultimately.

The visuals and setting are at the core of a horror film. Pet Sematary provides substandard images, even when it comes to gore. The design of the graveyard in the film, tucked in the woods, is ominous but the narrative seldom capitalises on it. It ends up as a wasted prop, lying in a corner, abandoned. If only filmmakers, Kevin Kolsch and Dennis Widmyer, brought out the essence of a cemetery, which has the bodies but also the soul.

In July 2011, English guitarist Martin Lancelot Barre had to bid adieu to Jethro Tull, the British progressive rock band he had served for 43 years. The group’s frontman Ian Anderson had decided to opt for a solo career, using a set of younger musicians who had been accompanying him for a while. Though Barre […]

‘Parks and Recreation’ cast to reunite for special, and raise funds for COVID-19 relief

The likes of Amy Poehler, Rashida Jones, Aziz Ansari, Nick Offerman, Chris Pratt and other stars will be back for the episode to be aired on April 30 Source Related

Amid unexpected showers, the golden jubilee edition of the International Film Festival of India came to a close with Blaise Harrison’s Particles winning the Golden Peacock. Described by the International Competition jury as “an ambitious yet modest film about the mysteries of being a teenager”, the film won a cash prize of ₹40 lakh, to […]