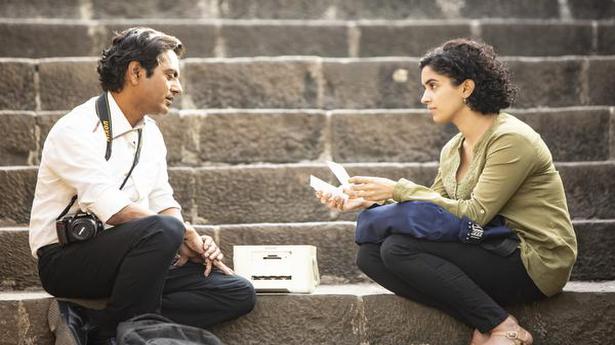 Any cinematic attempt at chronicling a complicated relationship, like the one tried here, needs strong leads. It looks like director Ranjit Jeyakodi was quite content with Harish and didn’t bother much about Tara (the female lead, played by Shilpa Manjunath). Tara is a wannabe-Jessie (what Trisha played in Vinnaithaandi Varuvaayaa) – but the performance is nowhere near, lacking the different dimensions needed to play the complicated, indecisive female protagonist.

‘Wonder Park’ is fascinatingly dark for an animated children’s film. It begins by ushering you into an amusement park – a figment of June’s (Brianna Denski) imagination – setting the tone for a presumably silly Hollywood film. But suddenly, at an early point in the narrative, June discovers that her mother has a serious ailment, making her mentally and emotionally grow up, almost overnight.

‘Nedunalvaadai’ review: Of love and sacrifice

There’s so much to talk about Nedunalvaadai — a rare and unpretentious depiction of village life that stays grounded to achieve its purpose — whose core is about the separation — of a man and woman, and a grandfather and his grandson.

‘Hamid’ review: Humanity over politics
The ingenious premise of the film, based on Mohammed Amin Bhat’s play, is reminiscent of the children’s films from Iran. The fablesque touch combined with the authenticity of locale, lingo, characters only make the resemblance much stronger as does the ability to capture quotidian moments, like Hamid asking for ₹9 from a beggar to recharge his mobile. Also, like the Iranian films, overt politics is shunned to focus on the human repercussions of a tinderbox of a political situation.

‘Photograph’ review: too quiet for comfort

Ritesh Batra’s Photograph is about the stillness and hush that masks the many flutters within, whether it’s the lonely, constricted and controlled life of the well-to-do Mumbai girl Miloni (Sanya Malhotra), or the wants, needs and frustrations of a street photographer Rafiq (Nawazuddin Siddiqui). The implausible sneaks in just as quietly into the realistic frames. The class divides merge ever so discreetly as Miloni agrees to play Rafiq’s imagined fiancée Noorie just to keep his grandmother (Farrukh Jaffar) happy.

A man of remedies and letters, upholder of rational values and cultural prime mover, Dr Rajaram Amrut Bhalerao (1933-2020) passed away on Friday, February 21. He was 87. An esteemed figure in the world of medicine, Dr Bhalerao had a long association with the King Edward Memorial (KEM) Hospital and the P.D. Hinduja Hospital in […]

Reportedly shot in just 19 days, the film is his second collaboration with writer S Hareesh, who wrote the screenplay for ‘Jallikattu’ Source Related