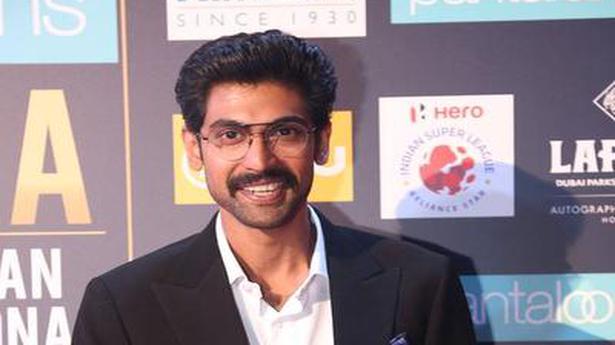 Telugu superstar Rana Daggubati has signed up as a co-producer of the anticipated and upcoming biopic on Sri Lankan spin legend Muttiah Muralitharan.

Actor Vijay Sethupathi was earlier roped in to play the former Sri Lankan cricketer, who is one of leading wicket takers of the world.

Rana will co-produce the film along with Suresh Productions, in association with DAR Motion Pictures.

“Suresh Productions and I will associate with DAR Motion Pictures in telling the story of a legend through a legendary actor — Vijay Sethupathi — as Muttiah Muralitharan,” Rana said.

The project will go on floor from December.

On being signed for the project, an excited Sethupathi said: “I am happy to be associated with the Muttiah Muralitharan biopic; he is an iconic sportsman of Tamil origin and someone who has made his mark across the world. Portraying the role of Murali is going to be a challenge for me and I am looking forward to it. I am delighted that Murali himself will be closely involved with the project and guiding me on the cricketing aspects. I am thankful to both Murali and the producers for the faith bestowed on me.”

The yet-untitled film, which will be made in Tamil, and released in multiple languages, will be directed by MS Sripathy. The other cast and crew details will be revealed soon.

‘Shastriji was a man of extraordinary character’

Vivek Agnihotri’s next release, The Tashkent Files, delves into the mystery surrounding India’s second prime minister, Lal Bahadur Shastri’s death in Tashkent on January 11, 1966. Agnihotri says, “He was not a glamorous hero. Shastriji was a man of extraordinary character, and he was primarily a leader who started the Green Revolution and the White […]

Former movie producer Harvey Weinstein, who is serving a prison sentence for sexual assault and rape, has tested positive for the coronavirus, according to the head of the state corrections officers union. Weinstein, 68, has been placed in isolation at Wende Correctional Facility, said Michael Powers, president of the New York State Correctional Officers and […]

The film will be screened in the Panorma section of the festival, scheduled to be held from July 18 to 27 Source Related