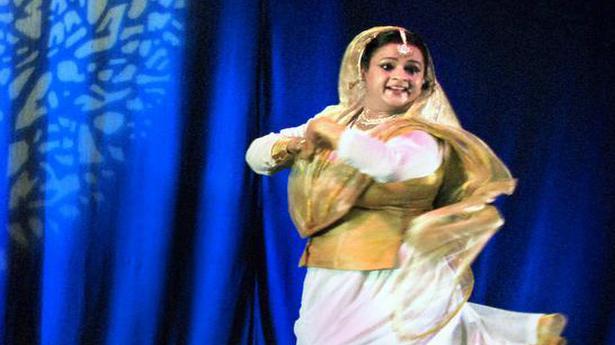 Setting sail against the rough seas that threaten to envelop you anytime and charter a course of your own needs an indomitable will. That is what dance exponent Rani Khanam is endowed with. “My life and career are affidavits enough to underline the truth that every woman’s life is in her hands; what she would want to do with it is her own free will. I agree there are certain laws/rules we have to abide. I can safely proclaim that every woman should develop a tool of empowerment for herself and feel responsible for herself. You can be of use to others only when you can help yourself first. Women over the years have become so complacent with their lot that they only love to brood or fall over others’ shoulders or succumb to circumstances when adversity strikes. My simple counsel is you have one life, be free to live that life the way you desire.”

She comes from a conservative Muslim society. She did everything to defy the unjustified shackles constricting her rights as a woman under the guise of Islamic tenets and embraced everything that defined Islam in the true sense. Her dance works uphold the gender equality enshrined in Islamic law and other issues bogging Muslim girls bear ample testimony to this.

“I am not just a Kathak dancer who dabbles into Sufism. I’m a practising Sufi. I believe the essence of Islam in its purest aspect has been embedded in Sufism. Actually, Sufi is a way of life like Sanatan Dharma. There are no rules and regulations – there is only a spiritual thought, a philosophy that lights up the path we are to follow for eternal happiness. And the pre-requisite to this is a mind and body free of murky material issues. The journey on the Sufi path is an inward one. And every day I embark on this inward travel. It’s like a churning one has to do within oneself to spill out the accumulated negativity contributed by external stimuli.”

On turning to the Sufi way of life, Rani says, “It’s a little odd that as a child I would gaze at the mirror and get thinking about what lay beyond this reflection (that is me) I see. I was too tender to search for an answer. Music was in my veins though there was no iota of arts in the family which adhered to the Sunni sect. As a child, I would get a rap whenever I heard Mohd. Rafi on radio rendering ‘Mann tadapt hari darshan ko’ (‘Baiju Bawra’). It used to send a chill down my spine and yearning in the heart as tears welled up in the eyes everytime I listened to it. It fuelled a desire in me to learn music and dance to which my mother had to yield. There was a teacher named Ustad Fattan Khan in my own Muzaffarpur (Bihar) who took classes at the onset of dawn. So I would get up with Fajr ki namaz, get ready and run for my class after which it was time to go to school.”

That was the beginning of her Kathak sojourn which made her move to Delhi and Kathak Kendra under the able tutelage of Guru Rewa Vidyarthi. “She imbibed a glorious culture into me alongside dance. Later, I learnt from Maharaj ji (Birju Maharaj) and stayed on for 10 years performing, learning, imbibing the nuances. I finished my college and threw up the idea of post-graduation,” Rani goes down memory lane with a faraway look in her eyes.

“The Sufi was born in me, or so I realised. With that began my quest into a world of Sufi poetry, places where it thrived and so on. “Allah hi Allah…’ was my first Sufi solo which I should say I performed with the courage of commitment. To my surprise, it brought me laurels. My performance in 2001 on the invitation to Malaysia in front of the king and queen on the occasion of the launch of the world’s largest Islamic museum opened the platform for my Sufi exposition through dance. Seven years later, I got the Rockefeller fellowship grant for world dance in Islam.”

On how Sufism helped her evolve and to what extent, Rani says, “My dance speaks of my practice. Sufism talks of positive vibes, of connectivity with the divine through meditation or any other form which involves deep involvement. Dance is a meditative practice to me; I don’t brand my dance as Sufi Kathak; there is nothing like that in Kathak.” She maintains Sufiana involves displaying the innate love of divine through song and dance.

“My recent production, ‘Noor’, has given me the impetus to explore diverse Sufi practices and poetry across Indian regions. It has given me the boldness to say, yes, I am a Muslim woman and I dance on a stage both for myself and for the divine that is unseen and seen in the presence of the audience.”

Most folks in Just Mercy’s Montgomery (Alabama) are keen that visitors stop by Harper Lee’s To Kill a Mockingbird museum. It’s the late 1980s, and the Alabama town has been a centre of the Civil Rights Movement. The irony doesn’t go unnoticed then when African American Harvard-educated attorney Bryan Stevenson (Michael B. Jordan) is stripped, […]

Dialogue in the dark