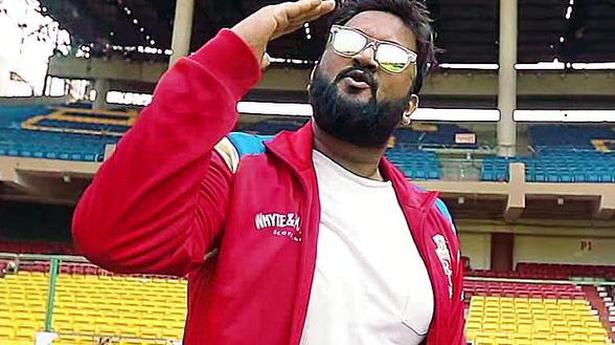 “Why don’t you listen to the song and then call me,” says 30-year-old Alok Babu of All Okay Productions. The singer and composer has released a single ‘Taayi Kannada’ dedicated to Kannada and Kannada-maate, for Rajyothsava. “It is a tribute to the language and womanhood. Celebrities, bureaucrats and paurakarmikas are featured in the video,” says Alok who has written, sung and directed the single. “Samyuktha Horanadu, Sudha Belawadi, IAS officer Roopa, actor Mayuri are some of the women featured in the video along with a few bytes from Sudha Murthy,” says Alok.

With a BBM degree and a 12-year stint in film music, Alok was one of the few to initiate the independent music revolution in Kannada. Alok started off as the lead singer and co-founder of Kannada’s first hip hop band, Urban Lads with Rakesh Adiga and Sameer Kulkarni. “Rap in Kannada is all about lyric-friendly dialogue and discourse. The language helps for innovative delivery with stresses on words.”

Despite having successful albums and singles in rock and trance, this multi-genre artiste still holds a special place for rap. “I like to work in different genres,” says Alok, who has also acted in supporting roles in more than 25 films, including Ninnindale, Gaja Kesari, Tarak, Siddhartha and Jossh. “My comic role in Bharate, which is running in theatres is receiving a lot of appreciation,” he says.

Alok has extended a platform for independent artistes with his Kannada album KA-01 that has sold well over the last four years. “It has prompted, a sequel, KA-02. My journey in the world of Kannada music was tough. I had no one to guide me for independent releases. My mentor, Sameer Kulkarni, helped me bring out KA-01. This was primarily to encourage musicians to work on Kannada music and rap, to help develop the genre,” says Alok.

Two years ago, he had brought in percussive genres in EDM for the ‘RCB Party Anthem.’ It was conceptualised by Pannaga Bharana, son of film maker TS Nagabharana.

More in the Bengaluru scene

Siri Narayan is the latest addition to Bengaluru’s considerable Kannada rapper roster. Siri’s single, ‘Gold’ with English and Kannada lyrics is a chartbuster going by the thousands of likes it has garnered online. In 2018 Siri gained fame as a rapper for her English-Kannada song ‘Live it.’ Siri then began to take rap seriously. The bubbly lady has been quoted as saying it hasn’t been a smooth ride to reach this far.”

Bengaluru will host Kannada rapper Gubbi for a Rajyotsava Rap-night on November 1 at Gopalan Mall, Sirsi Circle, 6.30 pm, entry is free. Multilingual rapper Karthik Sundar Gubbi, is a lyricist and composer from Bengaluru who raps in Kannada, English, Hindi, and German. “I am happy to be a ‘different rapper’ on stage by using Kannada in my lyrics. My foundation in rap was built from 2007 on text rap battles that were popular on social media sites,” says Gubbi who wants to celebrate Karnataka’s birthday with Kannada verse.

Lights, camera…drama: Why some Tamil films get a delayed release

Every other week, a Tamil film fails to make it to screens on time. The most recent being Kalavani 2, which ran into a financial dispute. Before it, Vijay Sethupathi’s latest, Sindhubaadh, was mired in a similar financial quagmire, delaying the film’s release. A ₹1,000-crore industry facing such a crisis does not augur well for […]

Live-action remake of ‘Bambi’ in works at Disney

Disney’s 1942 classic Bambi is the latest film that is set to get the live-action treatment at the studio. According to The Hollywood Reporter, the studio is going ahead with a remake of the classic, in the veins of The Jungle Book and The Lion King. The new film will employ the same photo-realistic CGI […]

This Friday, it’s ‘Kadaram Kondan’ vs ‘Aadai’ vs ‘The Lion King’

Last weekend, multiplexes across Chennai and its suburbs reported the lowest footfall in recent times, despite India’s defeat in the World Cup 2019. People preferred watching the much-awaited clash between England-New Zealand in the finals. The multiplexe managers, for a change, are not blaming cricket, but the poor quality of content. Says the manager of […]