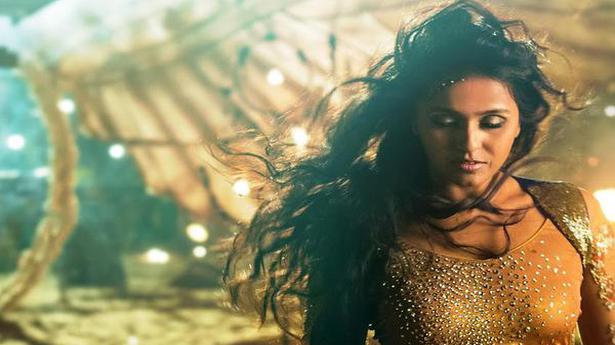 Around a month ago, when singer Smita was giving finishing touches to her new music video and planning to unveil it, those around her felt that a special event should mark the occasion, considering that 2019 marks 20 years of her musical journey. “I hadn’t thought of a special event until then. But when people around me convinced me about it, I felt it would be a good opportunity. Since then, we’ve been working towards putting up a memorable event through which I can also talk about my new plans,” says Smita, taking a break between prepping for the event to be held on Monday evening at JRC Convention Centre.

Through the event, she intends to express her gratitude to everyone who has supported her endeavours. Reflecting on her journey, she says, “I think I was barely 16 when I participated in Paadutha Theeyaga (the television programme anchored by S P Balasubrahmanyam) and one thing led to another. It was good that I started young, I didn’t think too much about what it means to be a singer and the recognition it fetched me.”

Her repertoire includes independent albums, playback singing for films and devotional. Smita has sung in 10 languages, has 12 albums, 17 videos, and more than 100 playback numbers to her credit. “I followed my heart; decisions were not purely made on the basis of what would be commercially viable,” says Smita.

When she ventured into independent music, she was among the very few to do so in Telugu, and has albums such as Hai Rabba, Masaka Masaka, Smita, Mahi Ve and Ishana to her credit. She’s witnessed the music industry going through a whirlwind of change: “There was a time when my music albums, as audio cassettes or CDs, would sell anywhere between 10 to 20 lakh copies. From that scenario, we could barely sell 10,000 copies or more, when the digital revolution happened.” Film music continued to thrive, but indie music artistes needed to rethink. Singles accompanied by videos seemed to be the way out.

There are new plans, which she plans to reveal during the special concert to be held on July 22; 7 p.m., at JRC Convention, Hyderabad.

It’s unfair to begin the review of a Meghna Gulzar film with a reference to her father. However, it’s also difficult not to, because Chhapaak’s title track, written by him, has been playing on loop in my head, even a day after having watched the film. “Koi chehra mita ke, aur aankh se hata ke; […]

Taking it one song at a time

Andrea Kristin Jathanna likes to be known as a singer who practices law on the side. A final year law student, she released her debut single ‘Red’ in December last year. After gauging the response it received, she came out with an EP called Cherry Waves in July this year. Andrea, who plays the ukulele […]

Craft in the Aravalli wilds: a window into the world of handmade arts and crafts from across India

Drive out for a bit on the Faridabad-Gurugram road to the village of Gwalpahari in the Aravallis and you’ll reach the farmhouse home of designers Meera and Muzaffar Ali. This weekend, they are hosting the inaugural edition of ‘Teh – The Exploration of Handmade’ in the grounds of their house — a window into the […]