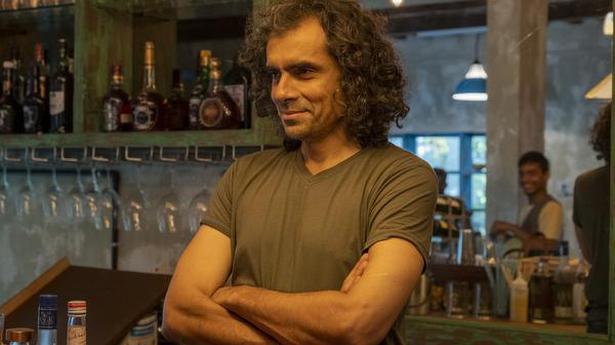 Eleven years after their story wound up neatly, Meera and Jai have a rather tumultuous relationship. “They have split and met many times ever since,” says director Imtiaz Ali about the two characters from his 2009 romantic comedy, Love Aaj Kal (LAK), “They’ve repeated their story, though nothing has reduced in terms of their passion,” he says.

Ali is chatting with The Hindu at his Window Seat Films office in Andheri about his upcoming release, also titled Love Aaj Kal. His interview is peppered with pensive pauses, and he frequently shuts his eyes with his hands as he navigates his thoughts and replies. On why he decided not to revisit Meera and Jai’s tale (played by Deepika Padukone and Saif Ali Khan), he says, “There’s nothing new for me to say. I’m more interested in the concept rather than the players.” So the writer-director rediscovered a story in the dynamism of love and romance through the decades. “I’d like to shout it from the rooftops, it’s not a sequel!” he laughs.

This year’s film follows entirely new characters and the present-day relationship between Sara Ali Khan’s Zoe and Kartik Aaryan’s Veer, while weaving in a love story from the ’90s (with characters essayed by Arushi Sharma and Kartik Aaryan in a second role).

Ali’s oeuvre of romantic films – from Socha Na Tha (2005) to Tamasha (2015) – is rooted in his ongoing quest to understand and unpack what love means. This time around, the script started taking shape six years ago: “It’s about the romantic moments of your past – [the ones] that you think about. Are they equally valuable to you if the relationship hasn’t worked [out]?” Delving into where his stories and characters come from, he adds, “There’s a certain sense of inhibition that I have as a person – so [there’s something] aspirational [to it].”

While the director is often criticised for retelling the same stories, Ali finds poetry in the repetition. “Something repeats in my stories,” he shares, “[the relationships are] like elastic. The more you stretch them [apart], the more tension there is to come together.” This imagery echoes clearly in the original LAK – whose working title was Elastic – which begins on the separation of its protagonists, before slipping into the newfound ease Meera and Jai find in each other while apart. The upcoming film carries this theme forward – as the trailer attests to the oft-memed scene of Zoe tearfully telling Veer he has started to irritate her.

With Zoe pivoting the narratives, Ali admits her questions and apprehensions about love reflect his. Describing the confident and career-driven 22-year-old woman, Ali says, “[She] cannot help but go into a romantic situation with a little baggage of what her previous generations have gone through. The disarming way in which people could be romantically indulgent, this girl cannot.” He adds that an inability to attach permanently with anything today leads to a sense of loneliness amongst youngsters: “[She knows] only too well [about] all the heads that have rolled in the previous [generation’s] marriages.” While decades separate the filmmaker rom his character, she carries many of his questions like, “She wonders if it’s natural for a man and a woman to be in a monogamous relationship – there’s something innately errant about that, which is why relationships don’t work and we blame ourselves,” says Ali.

While the author’s voice is evident in his films, Ali admits that he’s probably most attached to Ranbir Kapoor’s Jordan from Rockstar (2011) because he is most unlike him. “He’s sensitive, but brute and inarticulate – anybody else would reason,” the director explains, pointing out how Jordan doesn’t hide his love for Heer despite her marriage, “I like that attitude about him – there’s an innocence.”

Ali’s women are often desi variations of the manic pixie dream girl – whether it’s the bubbly Geet from Jab We Met (2007) or the animated Sejal from Jab Harry Met Sejal (2017) – who aid the coming-of-age of the men they’re paired with. When asked how he deals with the criticisms surrounding his characterisations, the writer-director says he isn’t resistant to hearing people’s opinions, and stayed focused on staying true to his story. Instead, Ali turns to those closest to him for counsel. For instance, his 19-year-old daughter Ida often helps shape his ideas and narratives. “That’s the tone of this film,” says Ali as he wraps up, “As though I’m talking to her – an older person to a younger person.”

Watch | There is nothing imaginative about a political joke: Vir Das

Tired of self-quarantining and missing binge-watching on Netflix with your friends or partner? Many of us have even taken to calling our loved ones and asking them to stay on the phone while we go through an episode together… but it doesn’t have to be that difficult.   Now, a new free tool for Google […]

With ‘Sufiyum Sujathayum’ releasing on Amazon Prime, Malayalam cinema is in for a change of scene

The film, starring Jayasurya and Aditi Rao Hydari, is set to release next month on the streaming platform Source Related