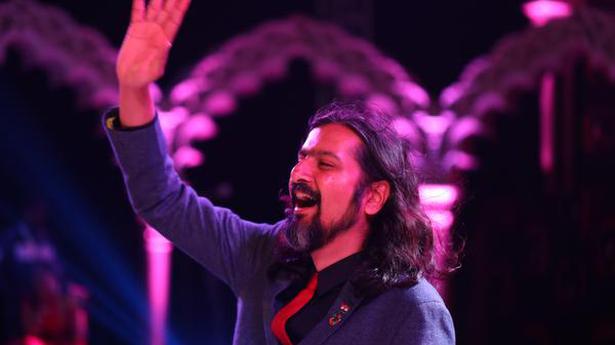 Sustainable Development Goals sound serious, something that grown-ups have to deal with and some of them do. Every year, the United Nations presents the SDG Action Awards to those who have made an impact through their initiatives, endeavours and projects, at the SDG Global Festival of Action.

The UN believes that for the SDGs to be truly effective everyone has to take action. Grammy winner Ricky Kej, a finalist for this year’s SDG Awards, gave shape to his action plan to save our planet with ‘Earth Songs’, a collection of 27 songs for children.

“I believe values are inculcated at a young age. Values on gender and social equality or avoiding plastic will only become part of a person’s lifestyle if it is imbibed in childhood,” says Ricky.

‘Earth Songs’ are in the form of nursery rhymes in the hopethey will be sung or hummed continuously till they are more than just music, but are ingrained as life mantras. These songs have been donated to MacMillan publishers and the lyrics have been appearing in textbooks from the beginning of the academic year — 2019.

“The music of one’s childhood remains forever and that is what I hope to achieve with these songs. Learning with and through music is more effective, and more fun,” he says.

Ricky has been a crusader for the planet right from a young age. He considered himself blessed to be able to voice his convictions thorough the medium of music. However, it was not until his Grammy win in 2015 that he felt being an eco-warrior was his inner calling.

“A global citizen is one who thinks beyond borders,” says the singer, adding, there was lot of work to be done in India. The development of one nation creates issues for other nations behind them. The island nation, Kiribati, suffering from inundation is a case in point. India is fortunate to have the chance to work around this problem with foresight. We can be better than Western nations, which have rushed into development leaving behind a massive carbon footprint.”

World music is a pretty general term to describe melodies from different world cultures and though, his work falls under this genre, Ricky would rather call his songs, ‘Music for the Planet’. “Playing for world leaders or at any international forum is a chance to present the need for eco-friendly solutions on a world platform as they are the ones who hold the reins.”

“Industry has to be constantly regulated as they look for profits and as result, it is the planet which bears the brunt of cost-cutting measures. This is a ground-up approach; if heads of state are aware of the repercussions of their actions, they would hopefully choose more viable options. For this to be effective legislation and leadership must work together.”

And, this where children come in; they are the future leaders, legislators and above all, citizens of this planet.

The SDG Action Awards will be presented at the Global Festival of Action in Bonn on May 2 this year.

Malayalam actor Ravi Vallathol passes away at the age of 67

Known for his versatile characters in film and television, the veteran actor’s movies include ‘Kottayam Kunjachan’, ‘Godfather’ and ‘Sargam’ Source Related

Sumukhi Suresh grew up in Nagpur, studied in Chennai, worked in Bengaluru as a food inspector, and eventually moved to Mumbai after she decided to pursue comedy as a full-time career in 2015. “I’m a South Indian raised in the North, so I have the best of both worlds. Chennai is one of my favourite […]

‘My stories emerge from my travels,’ says director Santhakumar

Director Santhakumar is back after almost a decade and this time, with a fast plot starring Arya, Indhuja Ravichandran and Mahima Nambiar in lead roles. “It’s a story that will make the audience think,” he says. The director, who has assisted in movies like Gilli, Dil, and Dhool, made his début in 2011 with Mounaguru, […]