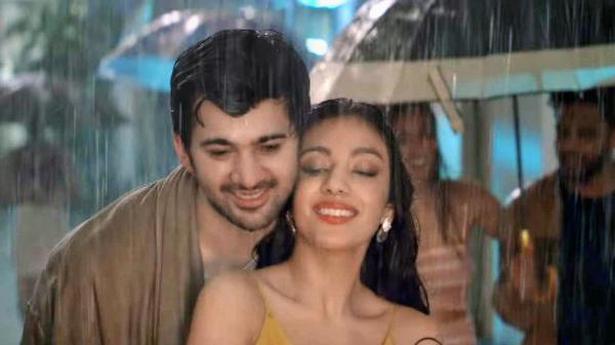 Last week, Dream Girl’s soundtrack saw the Meet Bros get a promotion from multi-composer appearances to getting a complete soundtrack of their own. This week it is Pal Pal Dil Ke Paas that sees a similar upgrade happen to another team. The composer duo of Sachet Tandon and Parampara Thakur aka Sachet Parampara, who have so far mostly had one-two song appearances in most of their movies, get almost all of the nine-song soundtrack to themselves, with the singular exception being a Tanishk Bagchi guest entry.

The rest of the soundtrack belongs to Sachet Parampara. The duo’s title song for the movie indicates that their newfound obsession for that template melancholic song is here to stay – while there is no rock aspect here unlike ‘Bekhayali’ (Kabir Singh) and ‘Khwabfaroshi’ (Jabariya Jodi), the overall sound is quite similar. Barring some fine usage of the violin, no element really stands out here. While Arijit Singh and Parampara’s singing is good, melodies like these help very little in shedding the former of his sad song specialist label. An alternate version has Tandon replacing Singh as male vocalist, though I’d prefer the first version if I were to revisit this song. There is a third version of the song as well, titled ‘Celebration’ – a title that’s a tad overstated. With the core melody and a melancholic violin refrain retained, there is only so many ways you can “sound celebratory”, even with the help of amped-up beats. To be fair to the composers, it does sound better than the original, more Punjabi dance-aligned, matching its Hindi-Punjabi lyrics by Siddharth Garima. The makers also sneak in a fourth version of the song under a different title, ‘Sun Le Rabb’, a slow solo act from Tandon. The number, at under two-and-a-half minutes, provides no additional value over the other three versions. Its most interesting portion is the short qawwali twist at the close.

It’s when the composers get out of their melancholic mood that they produce the soundtrack’s more enjoyable songs. The film’s leading man Karan Deol has a brief cameo in ‘Aadha Bhi Zyaada’ that more notably features a promising debutant Hansraj Raghuwanshi. The reggae base works really well with the song’s carefree tone. The duo shifts gears with ‘Ishq Chaliya’, a highly groovy dance track that sees some splendid use of horns and great singing from the composers. Parampara Thakur is in equally good form leading the tranquil, immersive invocation piece, ‘Maa Ka Mann’. Given the minimal arrangement, a lot rides on the melody here and the composers have a good one in place. The soundtrack’s best track is also a duet between Sachet and Parampara. ‘Dil Uda Patanga’ is a breezy romantic piece that almost seems to fly like the kite in its title for most part, only to get grounded during the folksy detour it takes in the latter half.

With Pal Pal Dil Ke Paas composers Sachet Parampara prove that they still have quality music to offer. Also, special thanks to the makers for not subjecting us to a remix of the legendary song after which the movie has been named – a song that famously features Deol’s legendary grandfather Dharamendra.

Fresh indie musicians from around India feature in this album

In 2018, 12 independent musicians from various cities in India had descended in Chennai, as had music producers and students from Queensland College of Music in Australia. What followed were days of collaboration and recording sessions, the result of which is finally ready. EarthSync, the production house behind Chennai’s annual IndiEarth XChange festival, is all […]

₹1 to watch ‘Bigil’ trailer on the big screen, but you may be too late already!

There is no describing the level of enthusiasm shown by fans of south Indian actors, especially when a film of their screen idol is hitting the screens. But then, you have not heard of a Vijay fan. They are quite literally, for want of a better description, ‘Vera Level’, when it comes to pushing the […]