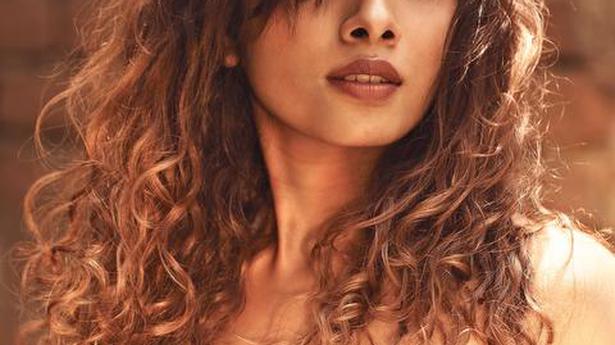 Singer Sanah Moidutty has recorded her first Malayalam playback song for the film Varayan. She says the song was a chance she had been looking forward to. Although there had been offers and talks about collaborations for Malayalam projects, over social media, nothing materialised until now. She landed the song as her name was suggested to the makers of the film by Satyam Audios which is involved in the film. “I do my covers in Mumbai. I don’t have a network in Kerala. I am being noticed, and am speaking to composers. It seems to be positive,” she says over phone from Mumbai. “And I definitely want to do more films in Malayalam.”

Sanah who has made a name for herself, among the Malayali audience, for singing covers of Malayalam songs. She has also sung for Hindi films and for composers such as AR Rahman and Vishal & Shekhar and films such as 24 and Meri Pyaari Bindu and numerous stage shows.

The singer who decided on a career in music out of love for it, had no idea how or where it would take her but she has done well for herself gradually working her way up. Besides Hindi and Malayalam, she has sung in Marathi, Tamil, Bengali, Punjabi, and Telugu among other Indian languages. She has finished recording the song, which she says was a good experience.

“The music is by Prakash Alex, I am lucky to have got this break; the arrangements and the lyrics are good. I hope the audience likes it,” she says. Fluency, while singing, was not a problem for the Mumbai-bred Malayali. “Singing is not like speaking, fluency is not an issue there.”

Sanah sees this opportunity as an opening to the entire film industry in the south. “I have noticed that for my songs – Malayalam and Tamil – Malayalis like the Tamil songs a lot and vice versa. There is a connection between the two and I am looking forward to it leading to something.” The process of singing covers and originals, she says, is very different. The former is more independent as opposed to the latter which has many inputs.

Her plans for the year include making more covers; she confesses she is not as prolific as she would like to be.

Actor, singer and composer Himesh Reshammiya has replaced composer Anu Malik as judge on Indian Idol 11 after the latter withdrew his name from the show in the face of #MeToo allegations against him. A few days ago, Malik had stepped down as judge from the ongoing season 11 of the music reality TV show […]

Debut director Vinod Anantoju captures the many facets of middle class families in Guntur-Tenali region with a dose of humour Middle Class Melodies, streaming on Amazon Prime Video, is the directorial debut of Vinod Anantoju in Telugu cinema, which is mostly perceived to be glamorous and larger than life. We hear conversations at a housewarming […]