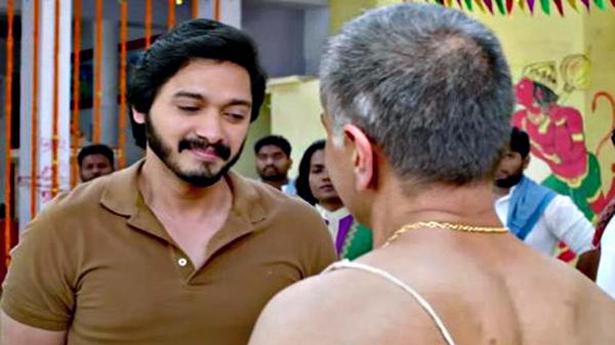 Director Ashwini Chaudhary attempts to look at an important issue in Setters. It’s to do with the entrance exam mafia that fixes results—through leaked papers or proxy candidates—to get their clients a coveted job or a degree. All in exchange of some lakh of rupees.

Chaudhury tells it like a thriller that runs along parallel tracks. There are the crooks in Varanasi, on the one hand, led by Bhaiyyaji (Pawan Malhotra, a fine actor who ends up overdoing things here) and his henchman Apurva (Shreyas Talpade, in fine form). On the other is Apurva’s friend and superintendent of police Aditya (Aftab Shivdasani, listless) who wants to wipe off their business with a little help from his core team of three cops. The narrative keeps switching between the procedurals and operatives of these bad and the good guys. The mafia keeps getting increasingly ingenious, inventive and hi-tech in its modus operandi, even as the cops chasing them get more determined to bust them.

Chaudhary gets the milieu, lingo and the social nuances and hierarchies right and has a fabulous ensemble of actors, some in smaller roles, but the film doesn’t hit a high note. It remains facile rather than probing or provocative. It’s also too protracted to hold your interest. Incidentally, two of the actors here—Jameel Khan and Ishita Datta—can also be seen in the other release of the week, Blank.

Filmmaker Lucrecia Martel, the jury president of the 2019 Venice Film Festival, has defended the inclusion of embattled director Roman Polanski’s new film in the competition line-up. An Officer and a Spy is directed by Polanski, who fled the US decades ago to avoid jail in a case related to having sex with a minor. […]

My effort is to explore new territories, says Nivin Pauly

Nivin Pauly is in no hurry. The actor does not seem to be concerned about the number of projects in his kitty. Nivin makes it clear that he looks for thematic variety while choosing his projects. While Dhyan Sreenivasan’s directorial début Love Action Drama, in which Nivin has teamed up with Nayanthara, is running in […]

Learning about the intricacies of jazz

Yati Durant and his wife Magdalena were in the city for a collaborative concert with Jagadeesh M R, Director of Operations, at the Bangalore School of Music. Yati is a world-class musician who has scored music for international cinema. Magdalena, also a musician, often accompanies Yati during his performances. Yati was pleasantly surprised that jazz […]