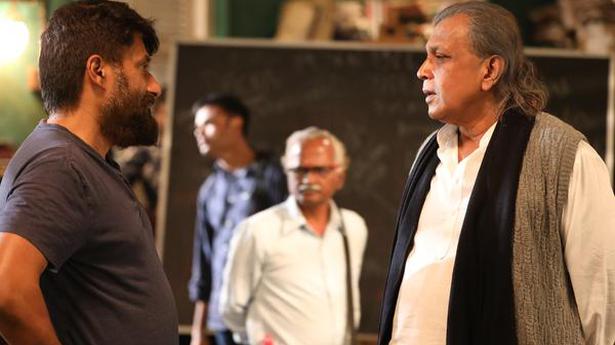 Vivek Agnihotri’s next release, The Tashkent Files, delves into the mystery surrounding India’s second prime minister, Lal Bahadur Shastri’s death in Tashkent on January 11, 1966. Agnihotri says, “He was not a glamorous hero. Shastriji was a man of extraordinary character, and he was primarily a leader who started the Green Revolution and the White Revolution.

But these are not very heroic stories. He was boring na – chota sa 5 foot ka aadmi, topi pehenta hai. Who’s interested in that?” Talking about where it all started, Agnihotri says, “It began on October 2, when I saw ads of Gandhiji all over and told my son that today is also Shastriji’s birthday. He asked me, “Who is Shastriji?” I tweeted the same thing and got an overwhelming response with people asking me to make a film about his death.” The research for the film proved to be the tricky part. “I realised that there were a lot of conspiracy theories that were floating around on the Internet with nothing authentic. We filed almost two dozen RTIs with all the possible ministries. The reply from everywhere was that there are no documents related to Shastriji’s death,” Agnihotri explains. He began crowdsourcing research for his project. “People connected me to others they knew and I started reaching the real story. The film delivers one message – the fundamental right of a citizen in a democracy has to be the right to truth.”

When asked about any creative liberties taken by the makers, Agnihotri quickly responds, “No, as far as any information or the politics of that time are concerned, every single word, dialogue, document, whatever has been used from documentary evidence that we have found. Most of the dialogues are actually arguments presented by politicians in the parliament,” says Agnihotri. The film, stars Shweta Basu Prasad, Pankaj Tripathi, Mithun Chakraborty and Pallavi Joshi among others. “The characters are all fictional but they’re dealing with real events,” asserts the filmmaker.

Hrithik Roshan: ‘I’m looking at the entire world for a good script’

I couldn’t brush my teeth properly in seven minutes. Yet that is all the time Bollywood actor Hrithik Roshan could spare for an interaction. The star, last seen in the action film War, had flown to Chennai to launch Rado’s True Square design watches at Express Avenue. I get to meet Hrithik an hour before […]

‘Hey Ram is my apology to Mahatma Gandhi’: Kamal Haasan

A little over a month back, Mohandas Karamchand Gandhi turned 150. And the man, who came remotely close to carrying out the task of executing Gandhi, turned 19. We are referring to Saketh Ram, the confused protagonist of Hey Ram, written and directed by Kamal Haasan. The almost wailing voice of Kamal in the song […]