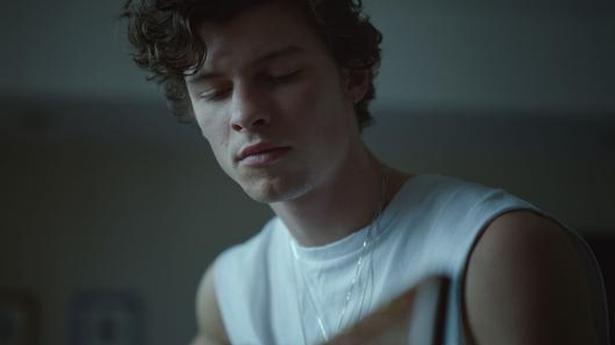 The documentary on Netflix gives an intimate look into the Canadian heartthrob’s rise to fame, his relationship with Camila Cabello, and several highs and lows in his life

In his documentary Shawn Mendes: In Wonder on Netflix, the Canadian music sensation gives fans a ringside view to his career, family, relationships and anxiety. The Grammy- nominated singer’s concert film of the show he performed in his hometown of Ontario, titled Shawn Mendes: Live in Concert, is also available on the platform.

For those who came in late: Mendes became the youngest performer to debut in the top 25 on the U.S. Billboard Hot 100, at the early age of 16, with his first single Life of the Party. Then followed his chart-topper, Senorita, Mendes’ second collaboration with his partner Camila Cabello, that became a global sensation.

The star began his music career back in 2014 when he was discovered by artist manager Andrew Gertler, who was amazed by the young singer’s vocals in the six-second snippets Mendes posted on Vine, a video sharing app.

The documentary features Cabello, Mendes’ family and childhood friends and tells the story of how the Justin Bieber-admirer became an international icon himself.

In Wonder also gives us a closer look into Mendes’ nine-month tour across the world with 104 shows in 2019. The film shows an assiduous Mendes, who is a self-taught guitarist, performing at various international venues. Experiencing pre-show nerves, post-show highs, and life in the limelight along with the singer, makes for intriguing viewing.

The film also attempts to inspire empathy from the audience for Mendes’ yearning to have a normal life. From pensive showers to candid kitchen conversations with the family, the viewers are exposed to the singer’s small-town pursuits that he now craves after his fame and success. It may have sounded genuine on paper, but comes off as a futile attempt to humble the star.

However, what does comes across strikingly is the his ardour for music. Mendes recalls, in the beginning of the documentary, his pre-teen years when he would spend over seven hours in his room, continuously playing the guitar until his hands bled, after which he would take a break, and then play again.

It’s a quality that has stood the test of time. Mendes is always seen practising and vocalising between rehearsals, in his free time, while stuck in traffic, and nearly every other second in the film when he is not occupied with anything else.

One cannot help but sympathise with the singer when he is torn between cancelling a show on the day of, and risking serious vocal cord damage from strain during the final leg of the tour. In the end, on the advice of doctors and tour manager Cez Drake, Mendes decides to cancel the show and publicly apologises to his fans on his Instagram story.

The 22-year-old also openly discusses his struggles with anxiety and believing in himself. To a fan who asked him how to write songs the way that he does and become a songwriter, Mendes repurposes the advice that his father gave him, when he felt the same angst as the fan early in his career, which changed his life.

With such moments, the film captures the singer’s pure love for music and his legions of fans’ undying loyalty for him. Also peppered with moments of affection between him and Cabello, the documentary does not fail to make anyone, who is not a fan of Mendes’ music, reconsider.

Shawn Mendes: In Wonder is now streaming on Netflix

Actor Andrew Jack, best known for playing Major Ematt in the Stars Wars films, has died of coronavirus complications at the age of 76. Jack passed away at a hospital in Chertsey, England on Tuesday, according to his agent, Jill McCullough, reported Deadline. “Andrew lived on one of the oldest working houseboats on the Thames, […]

Taiwanese-Canadian actor and supermodel Godfrey Gao, the first Asian to be the face of Louis Vuitton, died while filming a TV show in China on November 27. The 35-year-old Gao collapsed in the eastern city of Ningbo while on the set of “Chase Me”, a competitive sports reality show in China’s Zhejiang Television. A statement […]

India line-up for ‘We Are One: A Global Film Festival’ unveiled