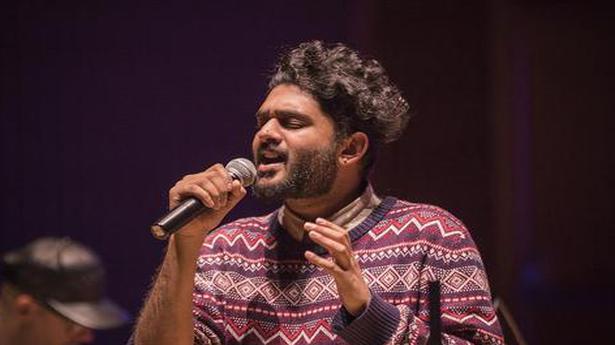 Singer Sid Sriram is collaborating with maestro Ilaiyaraaja for the first time in Psycho, which is being directed by Mysskin. The news has already created a buzz among music lovers, for Sid Sriram is popular for his chartbusting songs in south Indian movies.

His recent hit songs include ‘Inaye’ (Thadam), ‘Anthi Maalai’ (Monster), ‘Anbe Peranbe’ (NGK) to mention a few. Ace cinematographer PC Sreeram took to Twitter to share details about the collaboration. He wrote, “Maestro Illayarajaa recorded his final song Psycho. This song was sung by the latest heart throb for his way of singing — Sid Sriram. Director Mysskin and Ilaiyaraaja are all set to take Psycho into a new zone.”

The makers of Bond 25 have given a sneak peek into the new 007 film with its star Daniel Craig and director Cary Fukunaga filming on the Jamaica sets amid reports of delays. The footage comes days after Craig hit the gym to prep for the movie after sustaining an injury on the sets in […]

Rajinikanth expresses concern over violence in the country over CAA

Actor Rajinikanth on Thursday expressed concern over violence in various parts of the country over the Citizenship (Amendment) Act, saying violence and rioting cannot be a way to find solution to any issue. Though the actor did specify any incident, he said “the ongoing violence gives me great pain.” “Violence and rioting should not become […]