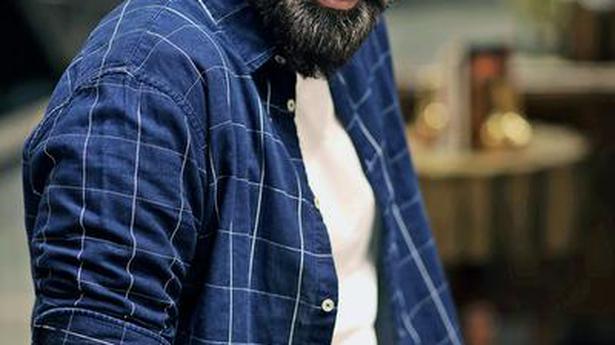 On the drive back from actor Sijoy Varghese’s home in Tripunithura, the cab driver asks, “Isn’t he the coach from Bangalore Days?” The tall, dark and handsome Coach Zach, in the 2014 Anjali Menon film, was Sijoy’s breakout role and the one most recall. But that wasn’t the role that convinced the ad filmmaker that he could take a chance on films. That came later – with Joshiiy’s Avathaaram – which showed him that this (films) could perhaps be a route to take.

As a cop, ACP Gautham Vishwanath, in the film, his was one of the performances which was praised though the film was panned by critics.

“Joshiiy sir called directly and offered me the role. That film gave me a lot of confidence,” says Sijoy; he is possibly among the first who made the salt and pepper look fashionable.

More interested in his role than its duration, he says, drawing an analogy from cooking, that he is “okay to be part of a good dish at the hands of a good chef.” His last two releases saw him in prominent roles –Ittymani Made in China and the latest, MA Nishad’s Thelivu.

In the six-odd years he has been actor he has managed to carve a niche for himself in the industry.

And to think he didn’t set out planning to be an actor.

In fact he started working in the advertising industry before which he did a stint as assistant director. But he was more into being behind the camera in the ad industry as ad filmmaker for the last 23 years. He has his own company, TVC Factory, one he runs with friends, which makes commercials, television and print, for almost all major brands in Kerala.

Sijoy’s first role which, he jokes, he was tricked into happened in January 2013. The film was Martin Prakkat’s ABCD, and it was his cousin, cinematographer Jomon T John, who got him into it. “He called me to the location, when I went there he and Martin Prakkat told me about a police officer’s role. I refused, however they talked me into trying the ‘police uniform’ they had kept ready for me . I did, I gave the film a shot and here I am!”

Although the film did well, and his role was received well he didn’t want to be a one film wonder. “The second project is actually the first, where an actor has to prove that the first wasn’t a fluke.” Next was Vineeth Sreenivasan’s Thira, where he played a negative role – Home Minister Alex. These two films led him to the role, which in many ways carved a space for him in the film industry – Anjali Menon’s Bangalore Days.

“Her homework is excellent and very detailed. It was intended for Rahman, but since he couldn’t, I got it. That film changed everything.” Not only did Coach Zach increase his confidence, he essayed the same role in the other language remakes. He has also acted in Telugu and Tamil films.

Over the years he has been able to do a mix of roles, in 30-odd films, and has avoided being typecast. “It is not that I was selective or choosy. But I end up getting roles I would like to do. That, I believe is because of my faith.” And also friendships and relationships he has nurtured over the years. These, he says, have helped him find his place in many ways and not just films.

Faith figures several times, in many contexts, in the conversation – the serendipity of landing roles or the role themselves. For example his role as St. Peter in James and Alice, is one that he holds dear, it is possibly one of his favourite roles which led him deep introspection.

Faith, he believes, the greatest gift a child can be given. It shapes one’s values, he says. His role in Ittymani Made in China, as Alex Plamoottil, for instance underscores the importance of loving and looking after parents.

The movie is special for another reason – he has acted with both father and son. First Pranav Mohanlal’s launch vehicle Aadhi and now, Ittymani…

“Working with Lalettan was a fabulous space. He made me feel very comfortable.” Of Mammootty and Mohanlal, he says, “You know what makes both these actors irreplaceable and evergreen even 40-odd years? Their humanity, which connects with people.”

Sijoy is grateful to his school teacher parents who inculcated in him the hard work ethic and the importance of living the simple life, “Thanks to what I have learnt from them, I don’t let success go to my head and I find balance.”

There is more to Sijoy than acting and directing ad films – he has written a story, ‘Isha’, which became part of the ensemble film 5 Sundarikal. It was not new for him, given his background in television commercials.

He is general secretary of the organisation for ad film makers, Indian Ad Film Makers (I AM).

He enjoys both the roles – actor and director (of ad films). “The process of directing – the casting, shooting, finding the location – it excites me. With acting comes exposure , acceptability, celebrity – it is another kind of high!” The real heroes, according to him, are the ones behind the camera.

Directing a film is part of his long term plans and is planning a script.

December 4, 1956 was an important date for rock and roll fans as it was the day Elvis Presley, Johnny Cash, Jerry Lee Lewis and Carl Perkins played together at Sun Records Studios in Memphis, Tennessee, for the first and only time. That impromptu jam session spawned an album, a book by Colin Escott and […]

For BAMER watchers in the UK, a good place to start could be The Stage Debut Awards, a three-year-old initiative whose nominees have included a diverse set of theatre practitioners across regions and ethnicities. The awards, announced this week, won Atri Banerjee the Best Director for Hobson’s Choice, which was staged at Manchester’s Royal Exchange […]