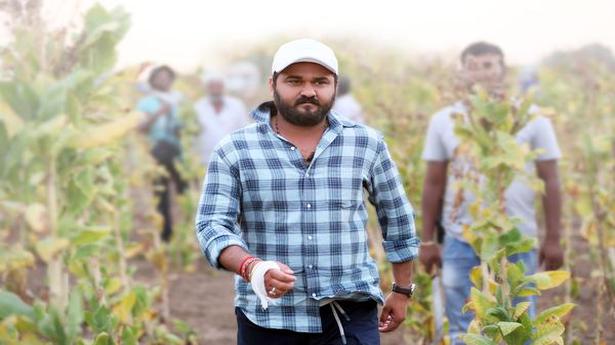 Director Arjun Jandyala sounds confident of his debut film Guna 369, which stars Karthikeya G and Anagha LK Maruthora in the lead roles, and is scheduled to release on August 2.

The opportunity to direct came to him after six years of working as an assistant director (AD) to Boyapati Srinivas, not every assistant director gets it immediately after quitting as an AD. He has a word of praise for Srinivas: “He has immense clarity and handles everything meticulously. He hasn’t changed his work ethic at all for any of the films that I worked with him. He doesn’t leave it to someone else, he is at the post-production too. I began trials to become a director when we were working on Legend. I had four or five scripts; Guna 369 is a universal subject and I updated it.”

Though he has worked with only one director so far, Arjun says he was not influenced by Boyapati Srinivas’s working style. He approached Karthikeya with Guna 369 soon after RX100 released. “I liked the way he portrayed his emotions in RX100 and I just explained the plot for 20 minutes. After 15 days, I narrated the story in three hours.” After he okayed the subject, Arjun hunted for a producer.

Karthikeya plays a villain in another project Gang Leader, but Arjun is confident that his film that is releasing on August 2 will not be affected by that as Karthikeya plays a positive role of a middle-class guy in his film. A trailer shows him as a prisoner Guna with number 369.

Arjun shot 90% of the movie in his native place Ongole and waxes eloquent about the place. “There are a lot of beautiful locations in Ongole and when you watch it on the screen you will wonder if it is that scenic. There are quarries, there is a sea and within a 10-kilometre radius, there are reservoirs and fields too. I would have shot the entire film there but due to commercial reasons, I shot a couple of songs abroad. The producers who saw the final copy felt it was aesthetically pleasing,” he quips.

This will be Karthikeya’s third film. He has been very careful in selecting scripts after his recent release Hippie disappointed. The plot of Guna 369 gives out a message that people suffering on account of others’ misdeeds is not acceptable. He elaborates, “If you cause an accident and get hurt, it is your mistake but you have no right to cause agony to others. This is an unpredictable, emotional and intense story and the message is delivered seamlessly.”

The film has new and familiar artistes; technicians like Chaitan Bharadwaj and Ram of RX100 handle music and cinematography respectively.

This is an embarrassingly obvious thing to say, but some very exciting scenes — in thrillers or action films — have involved speeding vehicles. Just off the top of my head, there’s the brilliant night-time sequence in Hitchcock’s North by Northwest (1959) where a heavily drunk Cary Grant struggles to control his car after escaping […]

When violinist Dr. N. Rajam began playing raag Bageshri Kanada at Bandra’s Balgandharva Rangmandir last week, there was pin-drop silence. For the next 45 minutes, the audience heard her with studied concentration, occasionally uttering a ‘wah’ and clapping after tabla exponent Yogesh Samsi’s passages. Next, a short Banarasi thumri in Khamaj was followed by a […]