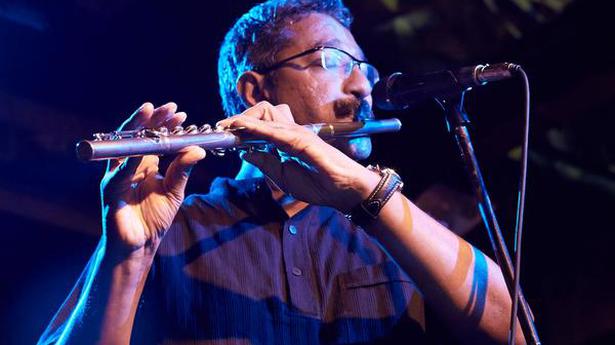 This weekend listen to your favourite old numbers, rendered through the prism of jazz. Songs like ‘My Favourite Things’ from The Sound Of Music (1965), ‘Don’t Cry For Me Argentina’ from Evita (1996) and ‘If I Were A Rich Man’ from Fiddler On The Roof (1971), will get a unique, jazzified treatment without vocals. Jazz Goes To Broadway will take some popular numbers from well-known musicals, and play them with a twist. The event is part of an annual series aimed at making jazz more accessible to the masses.

Flautist Rajeev Raja, the main musician behind the show says, “The idea was suggested by the NCPA four years ago. Sunil Sampat, who handled jazz programming, felt that jazzification of popular tunes would help spread the message. We are keeping in mind that the tunes are familiar to audiences. We have added jazz elements to give our own touch.”

An advertising professional, Raja runs the sonic branding agency BrandMusiq. The flautist is also associated with the fusion band Rajeev Raja Combine and the blues-rock outfit Wanted Yesterday, which does cover versions of classics. For this event, Raja will be accompanied by guitarist Adil Manuel, bassist Karl Peters, keyboardist Rahul Wadhwani, saxophonists Nakul Mehta and Jarryd Rodrigues, trumpeter Bosco Monsorate and drummer Aron Nyiro. “The tunes were selected by keyboardist Rahul and me. We shortlisted those which could be embellished with jazz elements, and kept improvising,” he shares.

For the first concert, Raja’s band played jazz versions of classic rock hits by the Beatles, Rolling Stones, Led Zeppelin and others. The second episode was dedicated to the Beatles, and the third, Jazz Goes To The Movies!, included adaptations of tunes from The Godfather (1972), The Good, The Bad and The Ugly (1966), Butch Cassidy and the Sundance Kid (1969), and Mission Impossible (1996).

“The response to these shows was fantastic. So for the next show, it was natural for us to think of Broadway. Besides The Sound Of Music and Fiddler On The Roof, we shall play some pieces from Andrew Lloyd Webber’s Jesus Christ Superstar and The Phantom of the Opera,” he says.

Jazz Goes to Broadway will take place on May 5 at Tata Theatre, NCPA at 7 p.m.; for more details see, bookmyshow.com

A day after the news of Miley Cyrus and Liam Hemsworth parting ways made headlines, the singer apparently addressed their split in a social media post, saying “change is inevitable” and it is futile to fight evolution. The on-again, off-again couple tied the knot seven months ago in a private ceremony. Cyrus, 26, shared a […]

Why the documentary ‘By Stanley For Stanley’ is a must watch

Landscapes of orange and green, an unlikely friendship between a young boy and a man, and the normalcy of using their feet to paint, drive and eat encompassed the film Dla Stasia (in English: By Stanley For Stanley), a documentary on the life of two individuals born without arms. Screened at the two-day AbilityFest 2019 […]