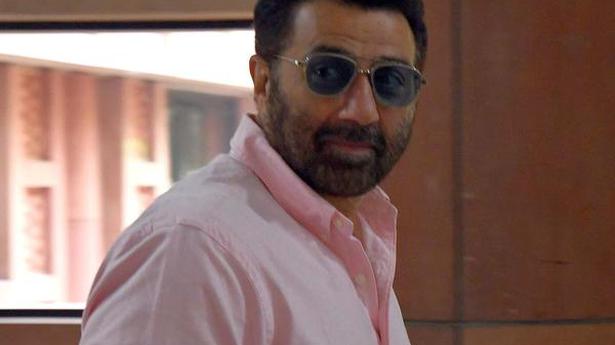 BJP MP and actor Sunny Deol on December 2 said he has tested positive for coronavirus and appealed to those who have come in close contact with him to test themselves for the infection.

He also said that he has isolated himself after his COVID-19 test results came out positive.

“I have tested positive for coronavirus. I appeal to the people who came in contact with me recently to isolate themselves and go for the COVID test,” Mr. Deol tweeted in Hindi.

Himachal Pradesh Health Secretary Amitabh Awasthi had on December 1 said that according to information received from the district chief medical officer, the Gurdaspur MP and his friends were planning to leave for Mumbai but the actor’s COVID-19 test result came out positive.

The 64-year-old Bollywood actor had undergone a shoulder surgery at Mumbai and was recuperating at a farmhouse near Manali in Kullu district.

Mr. Deol’s spokesperson said the actor, who is currently under home quarantine, is recovering well and taking necessary precautions.

“He has been tested positive but is asymptomatic and feeling absolutely alright. He is following all the instructions given by the authorities and taking necessary precautions,” the spokesperson told PTI.

On the work front, Mr. Deol will next be seen in the sequel to his 2007 family-drama “Apne”.

The sequel will see three generations of the Deol family working together on screen for the first time as it stars legendary actor Dharmendra, his actor sons Sunny and Bobby Deol, and grandson Karan Deol.

Directed by Anil Sharma, the second instalment of the film will be produced by Deepak Mukut. The film will go on floors in March 2021 and will release around Diwali 2021.

Five members of a family allegedly committed suicide at a high-rise society in the Indirapuram area of Ghaziabad on Tuesday morning. Gulshan Vasudev (45), owner of a jeans factory, jumped from the balcony of his flat on the eighth floor of Krishna Appra Saphhire Society at around 5.30 a.m., along with his wife Parveen (40) […]

Minister for Food and Public Distribution Ramvilas Paswan claimed on Wednesday that less than one per cent of the total foodgrains in FCI godowns have gone waste since 2015-16. This comes in the backdrop of widespread criticism that the Narendra Modi government is holding back on distributing foodgrains, even as hunger rises on the streets […]

I couldn’t relate to Vasudha at all: Shivani Raghuvanshi on ‘Raat Akeli Hai’

The actor talks about ‘Raat Akeli Hai’, playing characters that are emotionally-draining, and whether or not she finds herself trapped in a certain kind of role Source Related