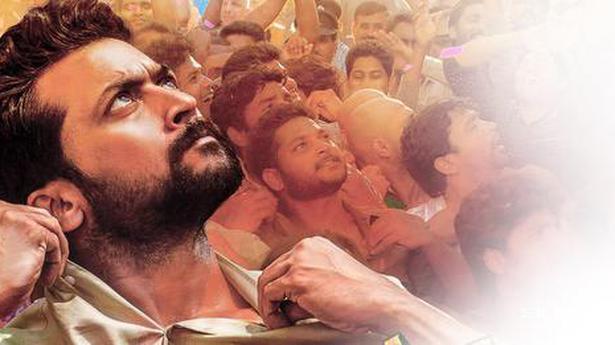 Movies based on politics, farmer crisis, and corruption in daily life appear to be the trend in Tamil cinema these days and the Suriya-starrer NGK covers all the three subjects.

This is first time actor Suriya and director Selvaraghavan have teamed up. However, the topic is not new to both. Suriya played a student leader-turned-politican in Maniratnam’s Aaytha Ezhuthu, while Selvaraghavan’s critically acclaimed Pudupettai follows the story of a gangster with political aspirations.

NGK, the trailer of which was released on Monday, features Suriya playing the titular role of Nandha Gopalan Kumaran, a youth who is “mad about his country” and wants to “clean the system.” And what better option does he have than to join politics? However, NGK initially believes in activism. When he is forced to take a political plunge, his mother calls it a “graveyard,” while a politician reminds him of his place in the system. But his wife, played by Sai Pallavi, encourages him.

The movie also stars Rakul Preet Singh, who gets stunt sequence, a rarity for women in Tamil cinema. There are also Jagapathi Babu, Sampath Raj and Ponvannan in key roles.

Yuvan Shankar Raja is in charge of the music, while Sivakumar Vijayan has cranked the camera. Bankrolled by Dream Warrior Pictures, the movie is set to release on May 31.

The story of a ten-year-old girl in Kerala, who rushed to a newspaper office last year to contribute her savings to the relief effort after the devastating floods in August though she was herself in considerable distress from an illness, made headlines across the world. The story of young Shadia is now the subject of […]

Deserts and the mysteries of life

In their ongoing show, The Shape of The Tortoise, Goutam Ghosh, Susanne Winterling, and Bodhisattva Chattopadhyay banded through the Kalpana Group to simulate the histories and landscapes of the Kutch. The show is a part of the group’s larger project that involves extensive research in Kutch and Arizona to connect imaginaries of geological, mythological and […]

For a performance to make an impact, especially in the fragmented way in which we consume information and entertainment today, curation is crucial. Last Sunday at Taj Coromandel, to mark the launch of Musee Musical Foundation’s Chennai Youth Sinfonietta, London-based, Greece-born pianist Panos Karan, conductor and humanitarian, presented an hour-long concert that was crafted with […]