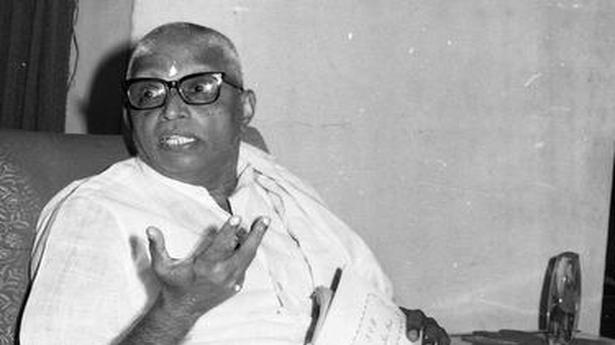 As vocalist T.M. Krishna’s book, Sebastian and Sons, on Dalit Christian mridangam makers, is to be released on Sunday, the family of mridangam maestro Palghat T.S. Mani Iyer said they felt that the author had ‘deceived’ them by not revealing the scope of the book.

“While gathering information about Mani Iyer and his relationship with the mridangam makers, their family and his approach towards maintenance of the instrument, he did not tell us that the book was about caste, religion, and politics. We actually feel cheated and deceived,” vocalist Palghat R. Ramprasad, grandson of Mani Iyer, said.

“It was on the basis of trust that we divulged the details. The information presented in the book is not something people do not know already. For the sake of authenticity, he approached my father and uncle, and in good faith they shared the details because they believed the book was about mridangam makers.”

He said the family believed that the research was purely academic in nature, because he told them about his visit to slaughter houses, and discussions with those who deal with skin. “But he did not tell us the tone of the book was caste-based. None of our family members is ready to be involved in this controversial issue,” he added.

“From whatever we read, we realised that our trust is breached.” There were a number of positive incidents that should have been highlighted. For instance, Mani Iyer presented the family of Fernandes with a golden cross one Christmas; and even bore his medical expenses when he fell seriously ill, Mr. Ramprasad said.

Cows were primarily slaughtered for meat. The skin was just a by-product, used to make mridangams also, he said.

Actors Zach Braff and Donald Faison are set to launch a new podcast which will be a trip down memory lane on their NBC medical sitcom, Scrubs. According to The Hollywood Reporter, titled “In Fake Doctors, Real Friends with Zach + Donald”, the podcast is being produced with iHeartRadio. On the show, the actors will […]

Hollywood star Tim Robbins has a theory about why The Shawshank Redemption, one of the most rewatched classics in Hollywood and an important film in his career, flopped at the box office when it released in 1994. Based on Stephen King’s 1982 novella Rita Hayworth and Shawshank Redemption, the story revolved around Robbins’ Andy Dufresne, […]