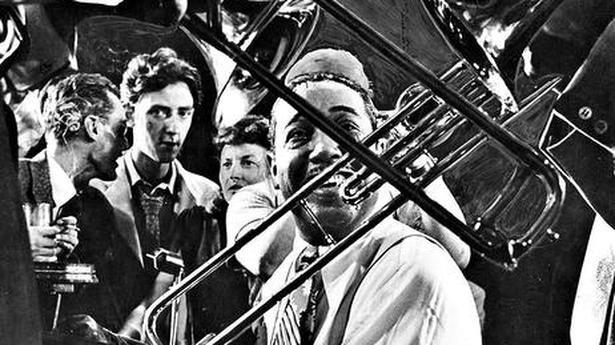 It’s that time of the year when it’s quite fashionable to talk about jazz. International Jazz Day is on April 30, and besides many smaller pub events, this year will feature the huge annual celebration marvellously curated by keyboardist Louiz Banks at the Tata Theatre.

The highlight will be the appearance of tabla maestro Ustad Zakir Hussain. So gear up for some fusion. There will be a lot of young blood in the line-up, but strangely we don’t see any saxophone, trumpet or trombone, instruments associated with jazz. And this isn’t the first time, despite the fact that the city has talented young saxophonists like Rhys Sebastian, I.D. Rao, Ryan Sadri and Pawan Benjamin.

Yet, the good thing about this day is that one gets to hear interesting musicians and sounds each time. Never mind if hardcore aficionados believe every day is Jazz Day, with some questioning why it isn’t celebrated on April 29, birthday of pioneering figure Duke Ellington.

Now that we are dropping names, it would be a good opportunity to name five jazz concerts which created an impact in Mumbai after the year 2000. There were, of course, many great gigs even before this, many at the Jazz Yatra organised by the late Niranjan Jhaveri. These are personal choices of this writer, listed in chronological order, and don’t include any Indo-jazz fusion shows.

First on the list is the 2003 show of American group Spyro Gyra at the St Andrews Auditorium, Bandra. Saxophonist Jay Beckenstein did a stretch playing tenor and alto saxophones simultaneously, keyboardist Tom Schuman did a solo with one hand, and bassist Scott Ambush rocked on the bass.

The following year, French violinist Jean-Luc Ponty had a great gig, also at St Andrews. He had earlier played with violinist L. Subramaniam and drummer Billy Cobham at the Gateway of India. This time, his set blended jazz-rock and world music, with an amazing display by bassist Guy Nsangue Akwa.

Cut to 2014, when old-school American tenor saxophonist Houston Person celebrated his 79th birthday at the Jamshed Bhabha Theatre – a milestone which nobody in the audience knew of. Standards like ‘My Funny Valentine’, ‘People’ and ‘Let’s Fall In Love’, the Louis Armstrong-popularised, ‘What A Wonderful World’ and Lester Young’s ‘Lester Leaps In’ were played to perfection.

Two shows last year complete this list. The first was by guitarist John McLaughlin and the 4th Dimension, featuring keyboardist Gary Husband, bassist Etienne M’Bappe and drummer Ranjit Barot. The evening at the Royal Opera House, Charni Road, focused on tunes by his earlier band Mahavishnu Orchestra, and the highlights were ‘Miles Beyond’, ‘Lotus On Irish Streams’ and ‘You Know You Know’.

Finally, one must mention the show by the great keyboardist Chick Corea at the Bal Gandharva Rang Mandir, Bandra. At 77, he totally dazzled with mash-ups chronicling the history of western classical, jazz, the Great American Songbook and Latin bossa nova, besides playing some incredible compositions in a solo set. The only dampener was that the high ticket prices.

These are only five shows, and Mumbai has obviously had many more in the past two decades. There are more to follow. For the inaugural Mumbai Guitar Day later this year, plans are to get in an international celebrity or two. In November, renowned Cuban-American trumpeter Arturo Sandoval is scheduled to play at the Jamshed Bhabha.

‘The Last Dance’ review: A ringside view to when Michael Jordan ruled

The ESPN/ Netflix docu-series is a spectacular effort in deconstructing the competitive spirit and career of the legend, who still sits on top of basketball’s echelons Source Related

Actor Peter Sarsgaard is the latest Hollywood figure to board the cast of Matt Reeves’ The Batman. The news was shared by Reeves on Twitter on Saturday. “Oh… Hi, Peter…” Reeves wrote followed by the bat emoji and alongside a photo of the 48-year-old actor. According to The Hollywood Reporter, Sarsgaard is rumoured to have […]

Woody Allen’s autobiography was dropped by publisher Hachette Book Group following the controversial director’s estranged children, Ronan Farrow and Dylan Farrow, condemning the plan, and a protest by the company’s employees. “The decision to cancel Mr. Allen’s book was a difficult one,” Hachette said in a statement on Twitter on Friday, reports eonline.com. “At HBG, […]