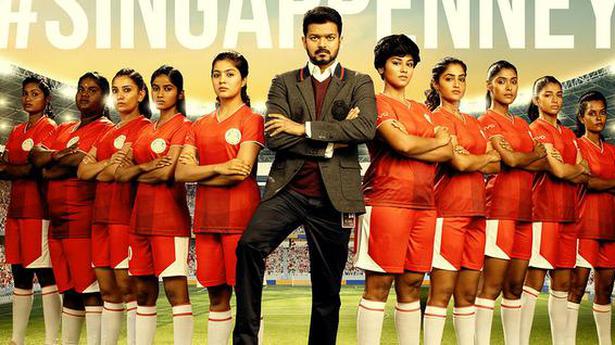 The Tamil Nadu government, late on October 23, announced that the screening of special shows for the Actor Vijay-starrer Bigil will be allowed.

It was just on October 23 that the Minister for Information and Publicity Kadambur Raju said that there would be no special early shows or fan exclusive ones for the film. Screenings for the film were expected to begin only from 10 a.m. The decision to restrict special shows, the Minister had said, was to keep a check on theatres charging exorbitant prices for tickets — much above the government mandated price.

From October 23 evening however, many fans of actor Vijay took to social media and shared pictures of tickets procured for the early shows on October 24. Under the hashtag #BigilFDFS, fans shared pictures of their tickets for shows that are scheduled to begin as early as 4 a.m.

Archana Kalpathi, the creative producer of Bigil, tweeted thanking the Chief Minister and the government of Tamil Nadu for allowing special shows for the Deepavali weekend.

Apart from Bigil, Karthi-starrer Kaithi is also scheduled to release on October 24 for the festival weekend.

Review | ‘Into The Wild With Bear Grylls and Rajinikanth’: More of Rajini the person, less of the adventurer

Here we are then with Rajinikanth’s television debut, four decades and 165 films since an unassuming Shivaji Rao Gaekwad was introduced by K Balachander to the world of filmdom. “All of us have that one person who completely changes your life, when you don’t even realise it. That was KB for me,” says the 69-year-old, […]

The mechanics of crafting transitions

For ensemble pieces in theatre, where actors never once leave the stage, what becomes all important are the transitions between scenes — how the action, settings and mood segue in transforming ways from one set-piece to the next. But often, even in projects with an extended period of rehearsals, transitions are sometimes afterthoughts put into […]

Bong Joon-ho: ‘I’ll wash my hands from now on, and participate in this movement to defeat coronavirus’

Director Bong Joon-ho smiled and waved at a waiting crowd on Sunday as he arrived home in South Korea, his first trip back since he won four Oscars for his movie Parasite, including the award for Best Picture. The crowd clapped and cheered as Bong walked out of the arrivals gate at Incheon International Airport. […]