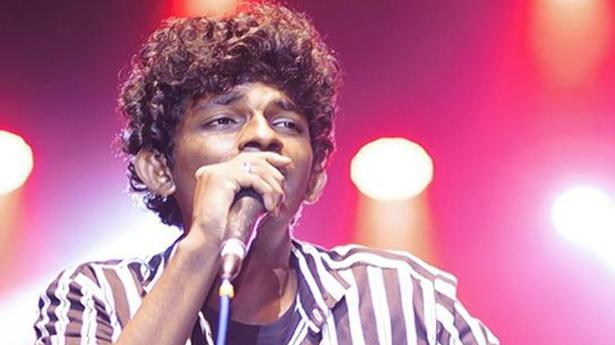 “Feed off each other’s creativity and focus on your structure and form to stay true to your music. How you complement each other is what makes a great band.” Singer Vijay Prakash’s feedback resonated across the hushed auditorium as the troupe Theepetti wrapped up their gig, signalling an end to the finals of the OnePlus Red Cable Tour. Electrifying performances, roaring crowds and headbanging music formed the spectacular finale at Sir Mutha Venkatasubba Rao Concert Hall. The culmination of a 45-day music competition saw four celebrity judges — Shakthisree Gopalan, Vijay Prakash, Amitash Pradhan and Sean Roldan.

Five finalists from each category: Rap & Hip Hop, Rock & Metal, Light Music and Acoustic & A Cappella, made it to the event on Sunday, competing for cash prizes of ₹70,000 and ₹1 lakh, along with a chance to perform at the upcoming Global Isai Festival. Darshana Balagopal, OnePlus’ head of marketing, Pan India, said, “The OnePlus Cable Tour was created as a platform for the company to give back to the community, using the power of music to connect with the people.”

Hosted by RJ Syed and Makapa Anand, the day started with the Rap & Hip Hop category. Artistes Devoid, Yuvaraj on The Floor, Asal Kolaar, Voltage B and Dacalty took the floor, exhibiting a variety of styles. Winner of the category Yuvaraj Ganesan, a student of DG Vaishnav College, admits that it was a stroke of luck by which his entry got selected, “Although I have released a few videos on social media, it was my song ‘Hands Up’ that clinched the judges’ attention today. To me, rap is about finding my own voice and encouraging people I know to do the same.”

As performances from the other genres followed, a particular piece stood out. BEAT (Bank Employees Art Troupe) Choir, consisting of 25 men and women in ages upto 70 years sang Tamil and Punjabi songs, even adding a few dance steps, much to the delight of the audience. Dramatic narratives by Siennor, a blend of violin and percussion by Carnautic and authentic lyrics from Madras Music Factory received valuable feedback from the judges.

MS Krsna and Gautam Rajasabai, winners of the Acoustic and A Capella category came together as an impromptu duo, the result of another team member backing out at the last minute. Crooning to ‘Marandhudhey’, an original composition, Gautam, all of 16 years old commented on the popularity of acapella in Chennai, “Although this genre is not well known, we prefer stripped down versions of songs as they sound better. The event felt like a series of gigs, where all the groups supported each other.”

Jugalbandis for the win

It’s always a pleasure to listen to Pandits Rajan and Sajan Mishra, perhaps India’s most accomplished vocal jugalbandi duo. I first heard them as a teenager in 1977, and even without understanding the nuances at that age, was impressed by their coordination. The brothers performed at the Pandit Chatur Lal memorial concert held at the […]

When producer Aarti Shetty called Sonam Kapoor to ask if she would consider playing the lead in the screen adaptation of Anuja Chauhan’s debut novel The Zoya Factor, Kapoor responded with a prompt “I don’t think anybody but me should be playing this role”. Bookish bonds The actor has had a long-standing relationship with the […]

Kalank boasts a budget of ₹150 crore with a whopping 4,000 screen release across India, and six A-list stars to boot — Madhuri Dixit, Sonakshi Sinha, Alia Bhatt, Varun Dhawan, Aditya Roy Kapur and Sanjay Dutt. Yet the film’s total collections as of Tuesday, April 23 amount to a dismal ₹69.25 crore net. Plus, the […]