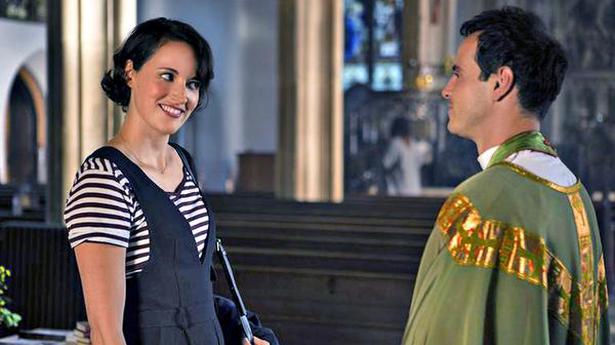 The first season of Fleabag ended with modern television’s most devastating ten minutes. For six episodes, an unnamed London woman (writer-actress Phoebe Waller-Bridge) uses sex, wisecracks, social awkwardness, more sex and crooked smiles as her coping mechanism to bury memories of a dead mother and a dead best friend. The odd young lady made us her closest confidante; she broke the fourth wall ever so often, cheekily inviting us to judge those who judged her. And in turn, we wondered: Why is her sister so rude to her? Why does her father look wary of her? Why is her potential stepmother jealous of her? Why do they treat her like a roadside mutt...a fleabag? She is broken, afraid of affection. And her tragedy — like a witty social media influencer overcompensating for an inner loneliness – is that she doesn’t even know it.

But the closing moments of the last episode reveal that she had not just been fooling herself, but also us — her sardonic secret-keepers — all along. We discover that our rejected little fleabag triggered a road accident; her best friend had stepped in front of a bus because of her. Her image is a lie. We feel betrayed, going from co-conspirator to viewer in a split second. The final shot of her stumbling down a gloomy London street, mascara running, lipstick smudged — a cinematic wreck — is unsettling because we, too, are grieving the demise of a bond: We are torn between our empathy for the underdog and our sudden distrust of her. We are right in her face as she walks, but she refuses to engage with us. She is isolating us, just as she had isolated emotions, guilt and love. She can’t meet our eye — she knows that we, too, judged her now.

The second season begins with a family dinner. A year has passed. The smiles are still fake at the table. But she is quietly exchanging knowing nods and sly glances with us…again. We are back together. Perhaps she wants to be followed by us because she needs a witness, a documentarian, lest she embraces denial again. Like a reformed addict, she gives us an honest update of her year — exercise, no reckless sex, a thriving business, no friends, an empty heart.

We notice a new person on the table. A stranger. The man who will officiate her father’s second wedding. She shows an unusual amount of interest in the priest — not as a body, but as a soul. To her surprise, he actually notices her wink-wink chemistry with the camera. “You keep zoning out,” he remarks, quizzically. He senses us. She had fooled the others. Even her sister, Claire, thought she behaved this way for effect, for attention, for us. Claire resented her for being a story, a protagonist with an imagination and imaginary allies, for being the one with “the quirky cafe and dead best friend.” Which makes it somewhat poetic that it’s the sister who gets a kitchen showdown and an airport-dash ending. Claire gets the tropes and, maybe, the happily ever after.

But as time passes, fleabag fails to turn the priest. She begins to get agitated with us for invading her space. When she climbs up a ladder, she coyly covers her dress. When she reminisces about her mother’s funeral, she cringes at us for being nosy. It’s only then that we realise that the camera has never really been us. The camera has in fact been her greatest nemesis: God. The enmity is personal. She became an atheist the moment her best friend committed suicide.

The first season ended with her, defeated, because she felt judged, and victimised, by fate; “karma” is just another term for divine justice. So when she makes lewd jokes, has multiple sexual partners, smokes, steals an artifact and irritates the righteous, she hasn’t been playing to the gallery; she has been challenging God. Or at least her idea of the God’s-eye view. She wasn’t confiding in, but mocking, the lens. She has subconsciously been doing all the things the Bible rejects. She even kisses a lesbian at a bar. Driven not by feelings or loneliness, but the urge to renew her celestial rivalry. A rebel without a pause.

What better way for an atheist to lay down the gauntlet, than to test a man of God? They even share their first kiss in a confession booth. It’s no surprise that the priest, then, is the only one who senses her equation with the camera; he is, after all, sandwiched in between the human and the holy. He is, in a way, God’s own fleabag; he drinks, smokes, cusses and struggles to maintain the spiritual integrity of heaven’s office.

When he chooses “fatherhood” over love, she is heartbroken at a bus stop. As she walks away, she silently pleads with the camera – with God – to stop following her. She waves from a distance, flashing that crooked smile. Finally, she is truly alone, isolating not just memories and grief but herself. So that she doesn’t live, and love, to prove a point. So that she lives, and loves, beyond reason. So that she stops being the story of incomplete sentences and the sorry at the end of a sentence. The contest is over, she has lost, and she doesn’t want to be found. Maybe fleabag will locate a name.

Bollywood actor Arjun Kapoor recently held a virtual date with fans earlier this week, and even uploaded a few minutes from the interaction to his Instagram. During the chat, a fan asked him about his marriage plans with girlfriend Malaika Arora, to which Arjun replied that he will let everyone know when it happens, but […]

Residents of Godoli village in Satara district, who claim that Maratha soldier Tanaji Malusare was born there, are unhappy over the place not finding a mention in the Hindi film Tanhaji: The Unsung Warrior, which documents the valour of the 17th century military leader. The residents have decided to raise the issue during their village […]

Ajith Kumar to star in remake of Ayushmann Khurrana’s ‘Article 15’?

If recent talk is to be allowed, it appears that after his success with Nerkonda Paarvai, actor Ajith Kumar is on the lookout for films that stand for strong social messages — and his next could be the Tamil remake of Article 15. The Bollywood starring Ayushmann Khurrana and directed by Anubhav Sinha, received both […]