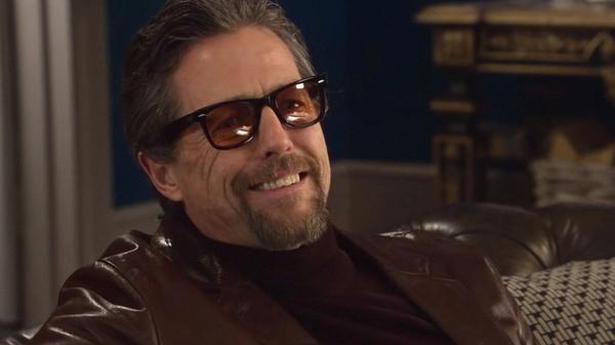 Drugs, bling, henchmen, betrayals and slow-motion shots in a gangster film? Groundbreaking. Guy Ritchie’s latest, The Gentlemen is an over-the-top and predictable film. The plot is outlandish, the narrative is gimmicky, visuals are dramatic, the acting is loud, the accents are caricature-like and the testosterone is oozing. But they all come together in a witty manner, if not stunningly original.

The beginning of The Gentlemen sets the tone for the next hour and a half — it’s a film that puts style over substance. Richie’s kitschy gangster cat-and-mouse chase doesn’t pretend to be smarter than it is. The focus of the film is on how to tell a story than the story itself, and it succeeds in that motive. Hugh Grant opens the film as a slimy tabloid journalist, out to blackmail a marijuana kingpin, and assumes the role of a narrator. Through a film-in-a-film narrative, we enter a world of drug smugglers, beefy henchmen, black teens making rap videos, shiny cars, underground marijuana labs, and of course, Chinese bad guys. The narrative often wallows in its excesses, making inside jokes and tributes to gangster films, throwing around racially impudent nicknames, and celebrating the ‘boys will be boys’ world of big guns and cars. I understand its an old-school gangster film but we can definitely have better female characters than the utterly inconsequential Michelle Dockery as Rosalind.

After a confusing first half-hour, there is some fun to be had and that’s mostly due to the film’s one-liners and eccentric characters. For instance: “In France, it’s illegal to call a pig Napoleon, but that’s not gonna stop me.” Like this one, Grant gets to utter the most amusing lines and emerge as the most memorable character in the film. After playing the cover boy of romance for several years, it’s rather funny to see Grant play a wacky, twisted character. Matthew McConaughey plays a drug lord with the same old brooding looks and minimal expressions. When it comes to the stoic face, Colin Firth does it better. Crazy Rich Asian’s Henry Golding and Charlie Hunnam are easy on the eyes, but Jeremy Strong is impressive as the sophisticated and delicate billionaire, interested in buying McConaughey’s ganja business. What the film lacks in novelty, it embellishes with details and quirks. Although I can’t help but lament over the lack of originality in concept, The Gentlemen is a classic case of mediocrity done well.

The father-son duo are in the Nanavati Hospital’s isolation ward. Source Related

Hollywood mogul James Cameron says older women are always portrayed as powerful figures in classic mythology, but current society fails to reflect that trend on the big screen. In the recent times, heroes like Wonder Woman and Captain Marvel have entertained the world, and ushered in a wave of new female protagonists. But Cameron feels […]

Joker star Joqauin Pheonix will not return as Arthur Fleck just to cash in on the success of the Todd Phillips-directed movie. The DC crime drama has become the highest-grossing R-rated movie of all time, and has received a lot of critical acclaim since its debut at Venice Film Festival. Also read | Joker review: […]