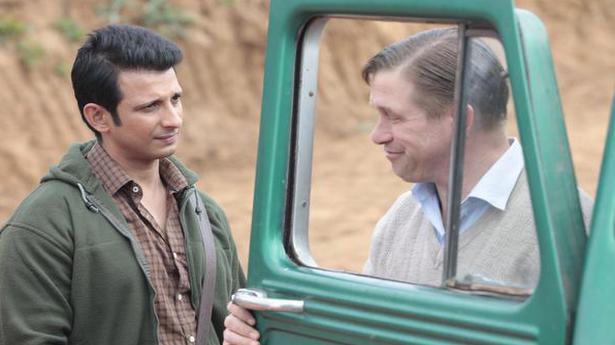 The Least of These: The Graham Staines Story is a cop-out. The attempt to offer insights and come out clean on the Christian missionaries-conversions misconceptions gets lost in an utterly convoluted telling. In fact, at the start I wondered if it was taking the prejudiced, misinformed position—that Christian missionaries are changing the culture of India, undermining the tradition and leading to social disintegration. That helping the lepers was just a ruse for them and that the conversions were coerced and hence yet another form of Imperialism.

The Least of These: The Graham Staines Story

Thankfully, the film eventually doesn’t do that but it’s a wee bit too late when it comes down to showing the other side of things. The central device of the gullible journalist played by Sharman Joshi makes it needlessly coiled and tortuous way of showing the real state of affairs.

What is also unbelievable is how the murder of Australian missionary Graham Staines (played by the least of the Baldwin brothers, Stephen) and his young sons, on which the film is based, is seen as triggered by individual/social prejudices. What about the politics of the matter? It’s impossible to reconcile with the political vacuum in which it seems to play out on screen. Staines is easily named, as is his family. But where is Dara Singh? How did he turn into some Mahendra? And what about the Bajrang Dal? In the face of all these issues it’s facile to bring up the fact that the film’s English grates. You do hear some faint Odiya once in a way. Wish there was more of it.

‘Onward’ review: The magic within us

Pixar films can change the way you see the world. Whether it is the symbiosis of art and critique, the afterlife and familial bonding, starting afresh in your twilight years, or humanising emotions — Pixar has a knack for dismantling perceptions. The imagination, at a conceptual and philosophical level, often transcends the audio-visual creativity we […]

We have been living in the golden age of television for so long now that it feels like a reiteration to say so, but still 2020 comes our way with a dazzling array of riches that it’s hard not to feel overwhelmed. Last year brought about the end of some long-running TV staples such as […]

Praveen Kumar Sobti admits he is known more as Bheem from the Mahabharat series, than the track and field sportsperson he used to be Source Related