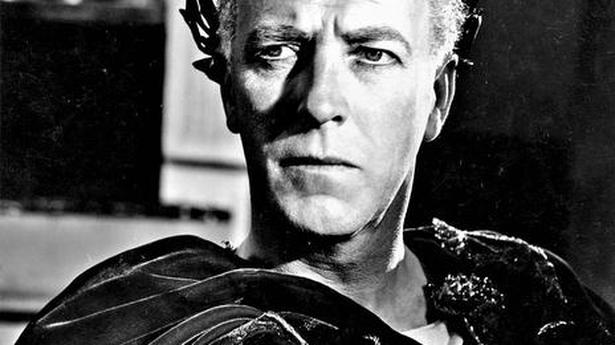 Perhaps there is no other time than during the electoral process, when live performances take over the airwaves and of late, the digital highways. Posturing politicians, grand gestures, hollow words — there is an artifice to presentation that automatically places countless candidates at a distinct remove from the teeming populaces they are seeking to lure out of democratic complacency. The theatre of elections is epic and sprawling, a vote is a ticket to a ringside view. And come counting day, a quagmire of speculations and hypotheses will swamp all sensible conversations.

There is theatre in the body and in the voice; in flags and fanfare; and in followers trailing each motorcade; in selfies and soundbytes. The television debate is the modern farce with its sit-down slapstick and funny faces, and the pulpit is the site of recharged rhetoric. Orators are latter-day thespians, and realpolitik intrigues provide the goings-on a cloak-and-dagger dimension that would do a melodrama proud. It is a span of several weeks during which it can truly be said that theatre is certainly not niche or ‘special interest’ but potent and immediate, albeit arriving to us in the seldom dreary garb of real-world affairs.

These connections can be seen even in early dramatic texts like William Shakespeare’s Julius Caesar about the so-called people’s dictator who was assassinated by his own cohorts. In a play believed to have been written in the 16th century, Roman crowds baying for blood provide a swirling backdrop to democracy on the verge. The principals are statesmen of the highest order, and they are flawed one moment, and flawless the next. Caesar, Brutus, Mark Antony or Cicero are all inspirational figures born to lead and exhort and extract allegiance. The ‘friends, Romans and countrymen’ beholden to them lack agency of their own, and are easily swayed by emotion or eloquence in a way contemporary political figures might never admit of the masses they themselves cater to, even if their methods of indoctrinating remain the same. Even if the electorate has access to more information than ever before, the morass of ‘alternative facts’ have queered the pitch spectacularly.

In Orient Longman’s compendium on the play, The Tragedy of Julius Caesar, edited by Anjana Desai, one finds mention of a reading of the play in Mumbai very soon after the Emergency, in which Usha Katrak read Caesar, “this continuing the practice of using the play for contemporary political statements”. Alyque Padamsee was at the helm of affairs at that event. The Hindi translation by Arvind Kumar has been staged by Ebrahim Alkazi and Arvind Gaur in the 1990s with actors like Shrivallabh Vyas and Manu Rishi taking on the eponymous part.

This year’s observance of National Street Theatre Day on April 12 — which marks the birth anniversary of Safdar Hashmi — had been muted somewhat. Street plays were routinely presented at Sahmat (the Safdar Hashmi Memorial Trust) and a message by the Jana Natya Manch’s Sudhanva Deshpande on Hashmi’s legacy received some viral play. The onset of elections hasn’t galvanised the urban theatre community into creative action on the ground notwithstanding last week’s unified and powerful statement of purpose, but these are early days yet. The plays being staged at Prithvi Theatre, for instance, over the last few weeks, sporadically weave in political messages into their running time (mostly gags about Narendra Modi).

But theatre in such spaces is a liberal stronghold, in that the conservative voices in this realm remain more subdued than elsewhere where there might be more safety in numbers. Thanks to the tight algorithms unleashed by social media channels, opinionated political views are usually disseminated within their own echo chambers, except for the occasional trolls who breach those boundaries. On stage, that laxman rekha is usually sacrosanct.

The Centre’s plans to promote Kolkata’s heritage buildings are part of a political game, but promise much cultural gains

On January 11, Prime Minister Narendra Modi inaugurated ‘Ghare-Baire, The World, The Home and Beyond, 18th-20th Century Art in Bengal’ — a dazzling exhibition of original works at the 19th century Currency Building in Kolkata’s BBD Bag. Bengal had hitherto lacked a museum to showcase its art — an inexplicable gap since it is within […]

Priyadarshan’s 2003 laughter riot Hungama is all set to get a sequel. The comedy titled Hungama 2 stars Shilpa Shetty and Paresh Rawal alongside Meezan and Pranitha Subhash. Hungama 2 will mark Priyadarshan’s return as director to Bollywood for the first time since the 2013 release, Ramgrezz. The comedy flick is slated to release for […]