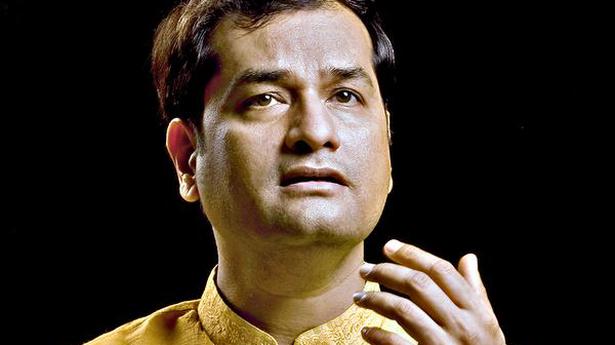 Like many children who learn Hindustani classical music, Pandit Uday Bhawalkar began with khayal. Hailing from Ujjain, Madhya Pradesh, he enjoyed his training. When he was 15, he read about the Dhrupad Kendra in Bhopal, and applied for its course without any specific ambition or planning.

“Sometimes, these impromptu acts decide your destiny,” he says. Before turning 18, Bhawalkar was convinced his future lay in dhrupad. His biggest advantage was that he had the best gurus in vocalist Ustad Zia Fariduddin Dagar and rudra veena maestro Ustad Mohiuddin Dagar.

Today, Bhawalkar is one of the foremost dhrupad exponents. On the eve of his performance this weekend, he says he has no regrets over his decision to pursue the style, and had been ready to put in any amount of hard work. “Initially, many people opposed my ideas,” he admits. “They felt the genre was dying, and had many limitations. But it was something I loved. It gave me peace, and the audience gets peace too. That’s what all of us ultimately look for,” he says.

Bhawalkar says dhrupad requires a specific form of training. He explains, “We begin with khadaj sadhna, practising the lowest notes. We even practise ‘sa’ for an hour. Then we do various vocal combinations and alaaps, before getting into raags and bandishes (compositions). Even after years of experience, this doesn’t change.” Besides regular concerts, Bhawalkar spends time teaching, and is associated with the ITC Sangeet Research Academy in Kolkata. He’s been based in Pune, where students come to his ‘swarkul’. He says, “I don’t consider myself a guru, and hence I don’t call it a gurukul, though the basic guru-shishya parampara is the same.” He’s also started the Veena Foundation in memory of Zia Mohiuddin Dagar.

Bhawalkar feels it is important to spread the message of dhrupad through lecture-demonstrations. He elaborates, “Being a fine art, dhrupad is not something people will take to easily. Hence it is important to educate them about its features.” In his forthcoming performance, Bhawalkar will sing without amplication, as is the norm in the Udayswar series. He welcomes the idea, and says, “Once, I was to do a 7 a.m. concert at an art gallery. There was some confusion and the person handling sound thought it was 8 a.m. He hadn’t arrived and the audience was waiting. So I started singing without a microphone. Everybody loved it.”

Bhawalkar feels sound systems can be erratic. He explains, “Halls with great design and ambience may disappoint you with their sound. And you may even find great sound in small towns. With amplification, a singer may tend to modify his voice. That brings in artificiality.” Stressing that loud volumes can lead to a loss in sensitivity and concentration, Bhawalkar says people come for serenity. “As musicians it’s our duty to help them attain it,” he says.

Bhawalkar spells out his three aims. “The first is to maintain the purity of what I have learnt. The second is to encourage and help musicians who are financially insecure. Finally, to maintain interest in dhrupad, I organise baithaks and programmes,” he concludes.

Uday Bhawalkar will perform on April 21, at 7:30 a.m. at Prithvi Theatre; see bookmyshow.com for details

Amitabh Bachchan reveals how he got his surname

Bollywood megastar Amitabh Bachchan has shared anecdotes about his last name and said that ‘Bachchan’ was his father and legendary poet Harivansh Rai Bachchan’s poetic nom de plume. The 76-year-old cine icon took to his blog and discuss about the caste system prevalent in ancient India. “The caste system in the land has been prevalent […]

The teaser of Chiranjeevi’s period drama Sye Raa Narasimha Reddy, unveiled on Tuesday afternoon, had everything that his fans expected from it — a glimpse of breathtaking action sequences, production design befitting a bygone era and above all, a thundering Chiranjeevi as freedom fighter Uyyalawada Narasimha Reddy. For legions of Telugu film buffs, the icing […]

This is how Mehreen Pirzada pranked Dhanush while shooting for ‘Pattas’

Including her upcoming film Pattas, she is three films old in Tamil. Yet Mehreen Pirzada is a virtual unknown for the movie audience here. She could do little to help the situation. Her debut Tamil film, the Suseenthiran directorial Nenjil Thunivirundhal (2017), was all kinds of mess. “Lots of things went wrong in that,” says […]