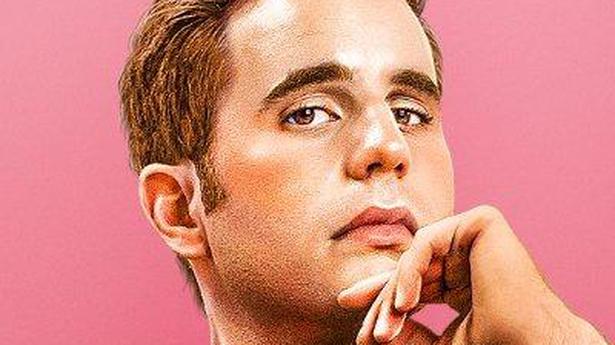 There is an extended metaphor involving a train that may very well sum up the Politician, the latest offering from Ryan Murphy and co.

As Payton Hobart (Ben Platt), who is running for president of the student body at St Sebastián school, angrily explains to his adviser James (Theo Germaine), the train is what you see and the conductor drives the train, but both are helpless without tracks to ride on.

In this scenario, he (Payton) is the train, the conductors are his advisers James and McAfee (Laura Dreyfus), and the tracks are the plan that will allow them to attain their goal of reaching the White House.

In the same way, the show i.e. the Politician is ably steered by Ryan Murphy and co., until midway when it suddenly goes off the rails, managing to get back on track only in the last episode.

So, what is the Politician about? The short answer is that it’s Election (the 1999 film starring Reese Witherspoon as the iconic Tracy Flick) if Election was directed by Wes Anderson and then Ryan wrested control away from Wes. This means the colour palette is all warm tones and vibrant colours. And the other Wes Anderson staples: symmetry, dysfunctional family dynamics, a lot of deadpan delivery and quirkiness as exhibited by the title of the second episode -The Harrington Commode.

The eight-episode series follows the life of Payton, an ambitious boy who has known since he was seven years old that he wants to be the US president and has worked to that end (he even studied Mandarin and the lives of former Presidents!). On that checklist – win the election to become president of the student body, get into Harvard, and head to the White House with his high school sweetheart by his side. Right behind him/beside him are his advisors (always telling him how many points he is up or down by) and his girlfriend, Alice (Julia Schlaepfer).

However, the best laid plans… (you know the drill).

All of a sudden, the formerly unchallenged Payton has to contend with his Mandarin tutor and sometime lover River (David Corenswet) deciding to run against him at the behest of his girlfriend, Astrid (Lucy Boynton). River, who is a white and wealthy male as is Payton, ends up choosing a running mate that will appeal to the underrepresented, an African American non-binary student called Skye. Enter the sunny Infinity Jackson (Zoey Deutch), a cancer survivor who is cared for by her grandmother, Dusty, played by the excellent Jessica Lange (the two characters are clearly based on real-life persons) who enjoys the attention that comes with taking care of a sick child. Payton, of course, decides that Infinity will be a suitable running mate for him.

From here, there are chain reactions and various twists and turns, a lot of it not that engaging. The initial idea seemed to be to provide a look at politics, the way the game is played and the people who play it; albeit in a high school setting, with manipulation and faking it as major themes. But, strangely, the story suddenly takes a turn into Glee territory and we see Payton and Infinity getting ready for a musical. Ben Platt’s vocal abilities can’t be denied (he played the adorable and nerdy Benji in Pitch Perfect and more recently won accolades for his role in the musical Dear Evan Hansen). But is it absolutely necessary that he sing here?

Apart from that quibble, the show rests on him and he holds it up very well playing a boy who sees his dream just within grasp. Like in other Ryan Murphy and co. shows, the cast is diverse in terms of representation of gender, sexuality and disability.

Everyone is equally good from Zoey Deutch, who imbues Infinity with an innocence and sweetness to Gwyneth Paltrow who shares a close bond with her adopted son, Payton, unlike with the twins who are her biological sons. The other standouts are Ryan J Haddad who plays sarcastic fellow student Andrew and Benjamin Barrett who plays Ricardo, Infinity’s not-so-bright boyfriend.

The opening credits are set to the beautiful ‘Chicago’ by Sufjan Stevens. The sequence, which shows the things that make Payton, is so well done that it will make you watch it all eight times instead of hitting ‘skip intro’.

In a case of reel meets real, Payton’s mother tells him that she and her husband paid for his brothers to get into Harvard (the college admissions scandal in the US came to light earlier this year).

Payton sings the Billy Joel classic ‘Vienna’ in the last episode which is either so on the nose it’s painful or it’s just right for the occasion. I’m veering towards the first option.

Malayalam actor Ravi Vallathol passes away at the age of 67

Known for his versatile characters in film and television, the veteran actor’s movies include ‘Kottayam Kunjachan’, ‘Godfather’ and ‘Sargam’ Source Related

Siddhartha Khosla’s road to the Emmys

After working on American primetime drama series, This Is Us, for four seasons, the show’s music composer, Siddhartha Khosla bagged a nomination for Outstanding Music Composition for a Series (Original Dramatic Score) at the forthcoming 71st Emmy Awards. Of course, he doesn’t see the nomination as a goal that he was working towards. “I was […]

‘Irandam Ulagaporin Kadaisi Gundu’: Will it detonate at the box office?

A worker at a scrap dealership, who toils day-in-and-day-out, enters into a conflict with his boss over the pittance of a wage he is being paid. It leads to a struggle, and a revolt by workers. But if you thought the problems ended there, the scrap workers unearth an unexploded ordnance, a relic from the […]