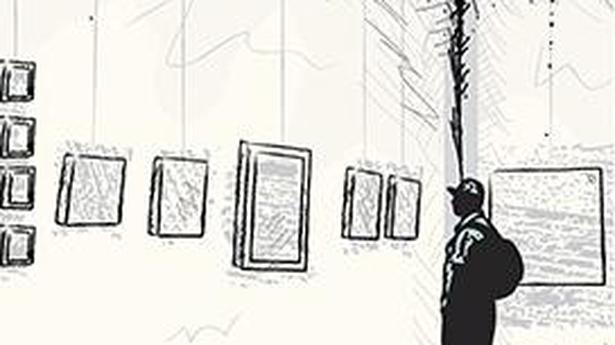 Can art be devoid of social consciousness? Often, social consciousness defines the very credo of an artist’s practice because artists don’t exist in a socio-political vacuum. Their work and aesthetics are shaped by the times they live in and the reality that surrounds them. Therefore, they find a multitude of ways of engaging with socio-political or cultural factors — repeatedly, and across generations and genres.

An artist who does so also risks labels such as ‘activist artist’. But this is a facile way of thinking and branding art and artists. Artists are not propagandists, but their art is a constant reminder of historical time. I often argue that history is perhaps best recorded in fiction; the greater truths are to be found in works of art resisting linear readings and interpretations of history.

The social concerns of artists could differ, as they always have, but an ivory tower artist is a menacing creature. Art ought to see and show people not as objects of anthropological inquiry, but repositories of a moment in history, living archives even.

I was assailed by a plethora of such thoughts on a recent visit to the National Gallery of Modern Art in Mumbai, where I encountered the works of a renowned painter at a special exhibition dedicated to showcasing his works. His work was influenced by the Kerala mural tradition. Natural motifs such as flowers, birds, flora and fauna predominantly featured in his paintings. In the gallery, I wondered whether a reflection on contemporary time was missing in his work.

Women from the Bhil tribe in Rajasthan were sometimes the objects of his paintings, and he referred to them as a ‘medium’. Should the artist have attempted to see them as something beyond beautiful and brooding village women? The artist was devoted to capturing and recreating a notion of the beautiful in an idyllic setting. Yet, while the purpose of a painting can be to capture and reproduce, shouldn’t it also comment?

It appeared to me that the women in the paintings had no identity other than being part of a community. I wondered what the painter’s humanist concerns were. I reflected that perhaps he was interested in capturing a certain aspect of his subjects and remained immune to the rest, maybe because it didn’t resonate with his artistic agenda.

Stepping back from this example, what is the relevance of art in 2019 when the world is being ravaged by the clash of identities? Can there be any idea of artistic beauty that remains untouched by these forces? If art becomes all about creating escapist paradigms, we must then ask who that serves. Unless art facilitates new thoughts — and that can often come from holding up a mirror to broader society — it isn’t art at all.

If there’s one word to describe Kadri Gopalnath, it’s ‘innovator’. After all, it requires a different level of skill to adapt a western instrument to play purely Indian music. The Carnatic maestro, who passed away due to ill-health on October 11, did precisely that with the saxophone. Invented by Belgian musician Adolphe Sex, the saxophone […]

Oh My Kadavule: ‘I love Ritika Singh!’ — Ashok Selvan on why he would date his co-star