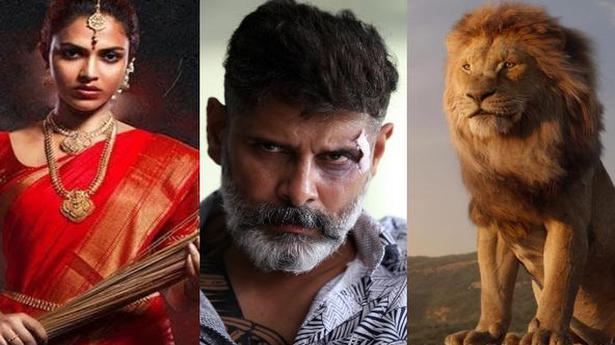 Last weekend, multiplexes across Chennai and its suburbs reported the lowest footfall in recent times, despite India’s defeat in the World Cup 2019. People preferred watching the much-awaited clash between England-New Zealand in the finals. The multiplexe managers, for a change, are not blaming cricket, but the poor quality of content. Says the manager of a leading multiplex, “During weekends, we generally get 80 to 90% footfalls. But last weekend, the number was hovering between 45-50%, which was way below the average occupancy. The main reason was a lack of family audience and poor quality content. And this comes at a time when the theatre-watching experience is becoming increasingly expensive. The industry needs blockbusters like Petta, Viswasam or Avengers: Endgame.”

Alarm bells have been ringing loud in Kollywood this summer. The reasons are many: due to falling footfall, cost of production, delayed releases and so on. The market can only be revived with a couple of hits.

All eyes are on this Friday’s releases — Vikram’s Kadaram Kondan, Amala Paul’s Aadai and The Lion King.Kadaram Kondan is Vikram’s first release this year. When was the last time you saw an action-adventure film from Vikram? The action-packed trailer has created a huge buzz around the movie, directed by Rajesh M Selva and produced by Kamal Haasan’s Raaj Kamal Films International. Vikram plays a ruthless mercenary KK, with shades of grey. Kadaram Kondan has been passed with a U/A certificate with a crisp run time of 121 minutes. The action scenes are said to be its USP and it is likely to draw a young audience.

Aadai, on the other hand, has been hogging the entertainment news headlines after its controversial teaser, which showed Amala Paul posing nude in the film. With a runtime of 141 minutes, Aadai has been passed with ‘A’ certificate, and the theatrical rights have been sold for a reasonable minimum guarantee price.

The third release — The Lion King — has a technological upgrade, with the photo-realistic live action. The film has been dubbed in Tamil by actors Arvind Swami, Siddharth, Robo Shankar, Aishwarya Raja and Singam Puli. The Tamil dubbed version is releasing across the State, even in tier-3 cities and towns, given that The Lion King primarily attracts kids and family audience.

Meanwhile, there’s a war brewing among distributors over the allocation of prime shows for the aforementioned films. Ideally, Kadaram Kondan would have got the major slot, but Aadai and The Lion King are giving stiff competition. In Chennai and Chengalpet, theatres have the luxury of accommodating all three films, thanks to the proliferation of multiplexes. But this isn’t the case with the rest of Tamil Nadu, which is dominated by single screens and most prefer screening Kadaram Kondam. That said, theatres would want to screen Aadai, too, given the hype around it. Today, the film business is structured around the opening weekend. The collection will anyway see a dip on Monday, even if the film has reasonable word of mouth. The idea is to maximise collection since 80 to 85% of lifetime share comes from the opening weekend. This could be the reason why most distributors are wary of the idea of sharing screens. Kadaram Kondan will have an edge over the other due to star power and command over 450 to 500 screens. Aadai is likely to get 300 to 350 screens, while The Lion King may get over 200. If anything, the trade is hoping that these films do good business and bring the audience back to the theatres.

Bengaluru memories of the saxophone great

Just as Mandolin Shrinivas took up a foreign instrument to make it work for the nuances of Carnatic music, Kadri Gopalnath Indianised saxophone to perfection. Back in 2014, he had shared his instrument’s 100th birthday with The Hindu. Looking lovingly at the Belgian instrument he played on, manufactured in 1914, he had told this reporter, […]

‘Widow of Silence’ movie review: A quiet but telling portrait of a half-widow

Praveen Morchhale’s film contrasts the visual beauty of the Kashmir Valley with the conflicts, evoking a feeling of angst in ‘normalcy’ Source Related

Veteran actor Max von Sydow, who famously played a game of chess with Death in Ingmar Bergman’s cult classic The Seventh Seal and the Three-Eyed Raven in Game of Thrones, has died at the age of 90. The Sweden-born French actor died on Sunday, his representatives confirmed the news to Deadline. French website Paris Match […]