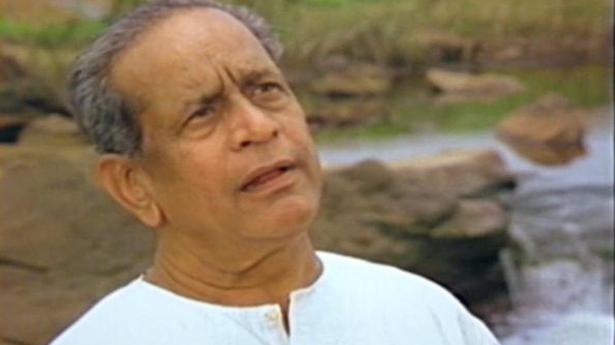 Water gushes and thunders down rocks as Pt. Bhimsen Joshi in his distinct baritone sings ‘Mile sur mera tumhara’. The clear, vibrant beats of the tabla in the background match the rhythm of the water ripples. In his characteristic manner, the maestro expresses as much with his hands as his voice. He looks up at the fluffy clouds floating in the pale blue sky and continues to sing, ‘Badalon ka roop le kar barse halke halke’.

This rousing national integration song released on August 15, 1988 became no less popular than a Bollywood chartbuster. Developed by Lok Seva Sanchar Nigam, it still evokes patriotic fervour and fond memories of those quieter Doordarshan days. Thirty one years later, no other song on nationalism (another DD creation ‘Baje sargam har taraf’ comes a close second) has been able to replicate its wonderful combination of lilting tune, heart-warming lyrics and perfect visuals.

Recalling its making, jazz exponent and keyboardist Louis Banks, who arranged the music of ‘Mile sur…’, says, “We were positive about its impact even while working on it. It was brilliantly conceptualised by Suresh Mallick, then creative head of Ogilvy and Mather. The execution was even better, with every team member being the best at the task assigned. I enjoyed every moment spent on this project. Even now, I sometimes play it to experience the magic of this timeless creation. I become nostalgic thinking about the unprecedented response it generated.”

Well known Marathi composer Ashok Patki worked hard to bring in the flavour of the diverse cultures of our land in the music. “It took almost six months to make. Ace filmmaker Kailash Surendranath travelled around the country, filming personalities, landscapes and common people. There was emotion in every frame. These shots made all the difference and so did Pt. Bhimsen Joshi’s fabulous opening. Piyush Pandey’s simple, yet powerful lyrics did the trick too,” adds Banks.

“Like its concept of harmony, the song was the result of great team effort. And if people still love it, we owe to the spirit of oneness,” says the veteran musician.

In a vital addition to its ever-burgeoning vaults, the National Film Archive of India (NFAI) has acquire a treasure trove of cinema memorabilia belonging to still photographer and ace cameraman Mahendra Kumar, an associate of legendary filmmaker Ritwik Ghatak. Kumar, who passed away in 2016, was a close friend of the great director for nearly […]

True to the neo-noir genre, there’s a pervasive sense of cynicism in Edward Norton’s Motherless Brooklyn. Gentrification, arising out of racial discrimination and systemic corruption in 50s New York, forms the backdrop of this adaptation of the Jonathan Lethem novel. The stylised cinematography and detailed mise-en-scène with vintage cars and top hats, complemented by strong […]

My first tryst with theatre from Bangalore was when a young man called Pawan Kumar performed a solo piece called The Final Rehearsal at Thespo and won a bunch of awards. This was in 2002. Today, over 16 years later, Pawan Kumar is a celebrated Kannada film-maker and has just directed some episodes for a […]