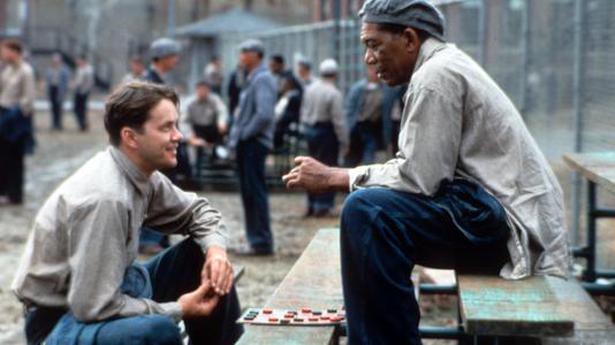 Hollywood star Tim Robbins has a theory about why The Shawshank Redemption, one of the most rewatched classics in Hollywood and an important film in his career, flopped at the box office when it released in 1994.

Based on Stephen King’s 1982 novella Rita Hayworth and Shawshank Redemption, the story revolved around Robbins’ Andy Dufresne, a banker who is wrongly imprisoned for the murder of his wife and her lover and lands in Shawshank State Penitentiary, an unforgiving place where he finds a friend in Red, played by Morgan Freeman.

The film, which explores the theme of hope and survival in the face of adversities, is also one of the most fun jailbreak stories.

When it came out and was not well received at the ticket window, something that may surprise fans today, Robbins believes its title may have played a role in its performance.

“Well, it’s the title, no one can remember the title. And that makes sense too, because for years after that film came out, people would come up to me and say, ‘You know, I really liked you in that film Scrimshaw Reduction or Shimmy, Shimmy, Shake or Shankshaw’ — you know, so many different ways that people got it wrong,” he told Entertainment Weekly on the occasion of the film’s 25th anniversary.

Robbins believes the testament of a great film is that it still resonates with people years and years after it was made.

“Overcoming trauma, overcoming past traumatic experiences, all of these things are things that factor into what eventually is a lack of freedom in our own lives. And something about that film talks about freedom as being something that is inside of us, and that with the proper approach to life, regardless of your circumstances, freedom is possible. And I think that is another theme that’s deeply resonant with audiences,” he said.

Director Ashwini Chaudhary attempts to look at an important issue in Setters. It’s to do with the entrance exam mafia that fixes results—through leaked papers or proxy candidates—to get their clients a coveted job or a degree. All in exchange of some lakh of rupees. Setters Director: Ashwini Chaudhary Cast: Shreyas Talpade, Aftab Shivdasani, Vijay […]

‘I’ve been friends with Dhanush for nearly 10 years,’ says Manju Warrier on her ‘Asuran’ co-star

Nervous, excited, happy, anxious… Manju Warrier goes through a gamut of emotions as I catch up with her to talk about Asuran, which releases on October 4. Having breathed life into the character of rustic Pachaiyammal in the Vetrimaaran flick, starring opposite Dhanush, Manju can’t wait to know the audience’s reaction. “I have been blessed […]

‘The actor’s life is a spiritual one’

In most cases, debut films get pushed around for a release date, but actor Tannishtha Chatterjee’s first directorial venture Roam Rome Mein was brought forward by an entire month and a half. The film, which will première at the 24th Busan International Film Festival, features a male protagonist travelling to Rome in search of his […]