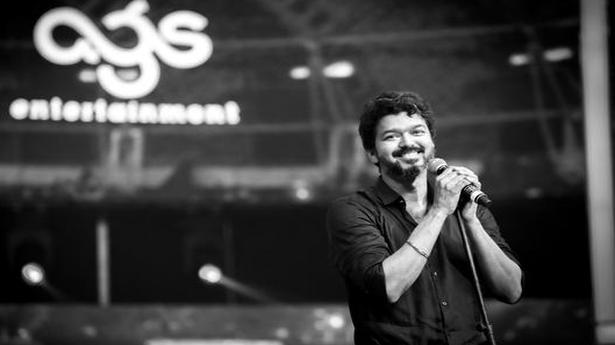 The Tamil Nadu Congress Committee has condemned the move to send a notice to the college that hosted actor Vijay’s Bigil audio launch.

In a statement, the party said, “Actor Vijay is not associated with any political party. He is an artist who has the respect and admiration of lakhs of youngsters. He did not make references to any specific political party during his speech at the audio launch. But his general statements have been perceived to be an attack on the ruling ADMK by those such as Minister Jayakumar. This is a result of the fear held by ADMK.”

The state government should immediately withdraw the notice issued by the Higher Education Secretary since it was not a political event, they added.

Earlier, Mangat Ram Sharma, Higher Education Secretary, had said that a show-cause notice would be issued to Sairam group of institutions for permitting political events on its campus.

Meanwhile, actor Vivekh, who is a part of Bigil, ran into controversy after his speech at the audio launch. In his speech, the actor remarked that the song Nenjukul Kudiyirukkum from Sivaji Ganesan and Vyjayanthimala’s film Irumbu Thirai was not so much a sensation back in the day, but the phrase had become popular since Vijay began using it at the beginning of his speeches.

Twitterati did not take these comments lightly, and unleashed a barrage of criticism at the actor-activist for supposedly ‘demeaning’ the legacy of Sivaji Ganesan. Following this, Vivekh took to social media to post an explanation, “In the 1960s film Irumbu Thirai the first line of a song sung by Sivaji starts with the words ‘Nenjil Kudi Irukum’. It denoted romance in that context. But when Vijay used those words today, it took on a special connotation. This was the implication in my speech. Hope people understand.”

Singer-composer Sanjeev Thomas’ lockdown playlist for you this monsoon

Appreciate the rains with singer-composer Sanjeev Thomas. For your weekly Playlist, he lists his top five songs to listen to, this monsoon Source Related

Anna Karina, the French New Wave actor who became an icon of the cinema in the 1960s and was the muse of Jean-Luc Godard, has died. She was 79. The French culture minister announced her death on Twitter on December 15. French media said that the Danish-born Karina had cancer and died on December 14. […]

Terry Jones, a member of the Monty Python comedy troupe, has died. He was 77 and had been suffering from dementia. Jones’s agent says he died on Tuesday evening. In a statement, his family said he died “after a long, extremely brave but always good humored battle with a rare form of dementia, FTD.” With […]