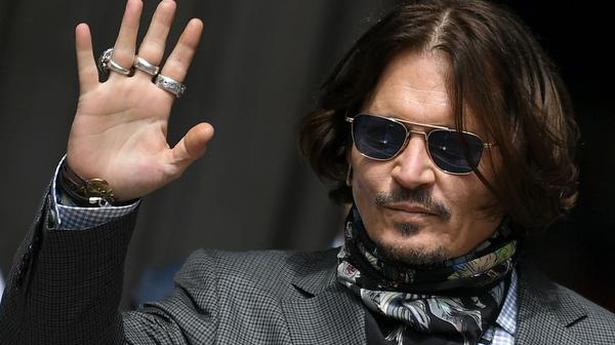 A judge has refused Johnny Depp permission to appeal against a British court’s ruling that he assaulted ex-wife Amber Heard.

Earlier this month a High Court judge rejected Mr. Depp’s claim that a newspaper had committed libel when it called him a “wife-beater.” Judge Andrew Nicol said the article in The Sun was “substantially true.”

Mr. Depp is seeking to overturn the judgement.

But in a setback for the “Pirates of the Caribbean” star, Mr. Nicol denied permission to appeal, saying “I do not consider that the proposed grounds of appeal have a reasonable prospect of success.”

In a ruling made public on Wednesday, the judge also ordered Mr. Depp to make an initial payment of almost 630,000 pounds ($840,000) to News Group Newspapers, publisher of The Sun, to cover its legal fees.

Mr. Depp can still apply directly to the Court of Appeal, and has until December 7 to do so.

The judge’s main ruling came after a three-week trial in which Mr. Depp and Ms. Heard gave conflicting accounts of their brief, tempestuous marriage.

In the wake of the decision, Mr. Depp said he was leaving the “Fantastic Beasts” film franchise after studio Warner Bros. requested his resignation.

Mr. Depp is also suing Heard for $50 million in Virginia over a Washington Post op-ed essay that she wrote about domestic violence. The essay talks about her experience being abused but does not name Depp. The trial is due to be held next year.

Thousands of people from all walks of life including police officers, Sikh believers, Indian-Americans and Houston-area residents turned out for the day-long ceremonies on early Wednesday to honour slain police officer Sandeep Singh Dhaliwal, who was shot dead on duty during a traffic stop last week. Dhaliwal (42), was the first Sikh sheriff’s Deputy in […]

Taliban say gap narrowing in talks with US

The Taliban say the gap is narrowing in talks with Washington’s special peace envoy over a timetable for the withdrawal of US troops from Afghanistan. The two sides are continuing to meet in Qatar, where the insurgent movement maintains a political office. In a voice message sent Saturday to The Associated Press, the Taliban spokesman […]