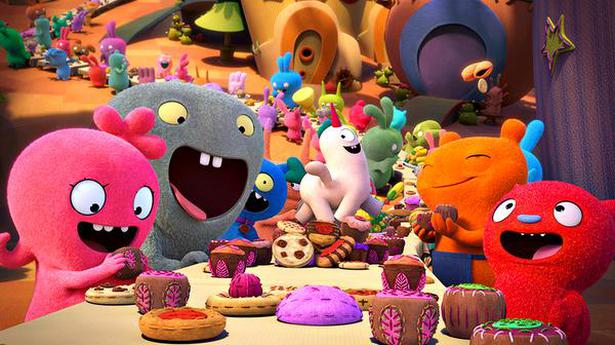 Several Hollywood’s studio-backed animated films have created stories out of life lessons. Whether it is the pursuit of happiness and importance of sadness (Inside Out), the value of ancestors (Coco), the ability to let go and start afresh (Up) or the symbioses of art and criticism (Ratatouille), animated films have the ability to alter perception at a young age. Ugly Dolls follows suit by making a case for diversity and criticising vanity but that’s all this film has: good intentions. Filmmaker Kelly Asbury is unable to build a cohesive narrative, diluting the impact this film could have had.

Set in a place called Ugly Ville, where all rejected dolls end up, the film is narrated through the experiences of a few dolls who insist on making it to a home, despite their flaws. That’s not to say that they are unhappy being ugly. They have transformed their deformity into a show of collective strength and celebration. But soon, there are bullies to be met and self-discoveries to be had. Self-esteem then takes a hit and gloominess engulfs the town of Ugly Ville. There are several humourous moments, especially in the parallels drawn to the Great Depression, but the narrative is all over the place. The intermittent inclusion of music in this already scattered film makes it further choppy, despite singers like Kelly Clarkson, Nick Jonas, Janelle Monáe, Pitbull, Blake Shelton, Charli XCX, and Lizzo lending their voice to characters.

The visuals projected are vibrant but also unimaginative. Beyond a point, all that brightness onscreen begins to hurt your eyes. Although, a film which advocates for beauty in conventional ugliness does ensure that it refrains from sugar coating or repackaging unattractiveness. It embraces the differences and doesn’t mope around too much, nor does it say, ‘It’s fine to be ugly outside if you’re beautiful inside’. That said, the film isn’t as effective as Monsters, Inc. (2001) or Shrek (2001), which paradoxically does promote a problematic notion of ‘ugly’ people are ‘good’ inside. Two decades on, there’s an attempt at uprooting vanity structurally, but what a waste if it is trapped in a sloppy narrative.

“My father lived with depression for 12-13 years, he’d become passive aggressive when we tried to talk about it. So when Chester sang how he did, I could relate.” “I was always bad at Maths in school. I had failed an exam and started questioning why I was that way. That’s when my father introduced […]

‘The Last Kids on Earth’ review: The end is always near

The Last Kids on Earth, like Max Brallier’s eponymous books it is based on, is immense fun. The talented voice cast, which includes Mark Hamill and Rosario Dawson, is an added bonus. The world as we know it has ended and is overrun with monsters and zombies. It is left to 13-year-old orphan Jack Sullivan […]

If you think about it, the sheer vastness of space, the infinity of it, can be a scary place, and several films have played on this fear. Unlike say, Gravity (2013), where Sandra Bullock eventually returns to Earth, many films suggest the possibility that their protagonists may never return, are doomed to an unknown fate, […]