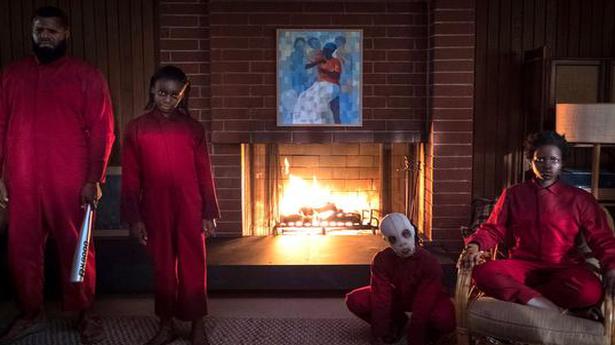 Jordan Peele has something very urgent to tell us. His second directorial outing Us makes it absolutely clear that he isn’t a filmmaker who would hide behind timid jibes. He has concerns and he will voice them. Yet, the film — thematically, politically and intellectually — is laden with ambiguity and abstractness. The beauty and curse of Us is that it never allows for an easy interpretation — a refreshing antidote to the spoon-fed Hollywood narratives we are so accustomed to consuming, mindlessly. Even as we follow a (seemingly simple) home invasion, there is lot to be unearthed, as the film keeps dropping nuggets of commentary that extends the ambit of terror to outside the cinema halls.

It is undisputed that Peele has elevated the discourse around American horror cinema, and the genre itself. After Get Out’s (2017) acerbic and brutal takedown on the myth of a post-racial America — from casual racism to violent manifestations — Us, with its subtext, allegory, allusions and sheer urgency, is far more ambitious. It blends classic American slasher genre with dystopia; fear of the “other” with critical takedown of the Hands Across America movement (6.5 million people formed a human chain to fight hunger and homelessness in 1986); class critique with structural racism; decay of the American society with a call for exodus (“Let’s go somewhere! Mexico!”); popular culture references with religious allusions; automatism of human lives with pretension of high-brow art (“Is this some kind of f****d-up performance art?”). Through it all, the film advocates for introspection (literally, with mirrors and doppelgangers) yet provides ‘cheap thrills’ of jump scares and silliness, reminiscent of the filmmaker’s Key & Peele sketches. Us is one giant mess, but the joy and catharsis are in untangling the threads and discovering a new fabric every time you tug on a loose end.

With a film like Us, which evidently has an agenda (although one can’t be too clear on pinpointing what that is), there’s always a concern of manufacturing complexity. Is Us contrived? Surely. The effort to say something is palpable. Does that lessen its credibility? Certainly not. Although one can accuse the filmmaker of carefully constructing ambiguity or dealing with muddled thoughts, Peele can also be credited with providing possibilities. On one level, Us is a long-drawn, repetitive slasher-horror which has loopholes and conspiracy theories of its own. On the other, there’s the allegory, metaphor and allusion, working in a parallel realm. The problem with Us is that the two form a heterogeneous mixture. There are times when the film takes recourse in classic jump scares but then dismantles the genre by allowing predictability to take over. The camera stays static and you can see a forthcoming attack approach by a mile. Perhaps subjecting the viewer to helplessness is societal commentary in itself? One can’t be too sure, and by the looks of it, nor is Peele.

The slasher-horror aspect of Us, by no means, is groundbreaking or innovative. But one would do the film great disservice by simply viewing it as a genre film. Horror (if done adroitly) evokes pure and instinctual reactions of fear and relief. The source of fright, when rooted in social realities (like patriarchy in Under the Shadow (2016) or racism in Get Out) can crawl under your skin and stay with you for days. Watching Us (with a top-notch performance by Lupita Nyong’o), can render that feeling if you are invested in the ills of the American society (thanks to their cultural imperialism, the possibility of that is quite high). But if you are not, the film can appear broad-stroked. Although getting into the scene-by-scene detail would mean revealing spoilers, the film demonstrates that Peele has already started to include recurring motifs and details (like hypnosis, duality and the dark abyss below) that could form the study of a Peele retrospective in time to come.

Wrong to boycott Deepika Padukone or her film: Sanjay Raut

Shiv Sena leader Sanjay Raut on Sunday came out in support of actor Deepika Padukone, who is facing flak from the BJP and some other quarters over her visit to the JNU campus in Delhi to express solidarity with students who were recently attacked by armed assailants. Also read | ‘Chhapaak’ movie review: Deepika Padukone’s […]