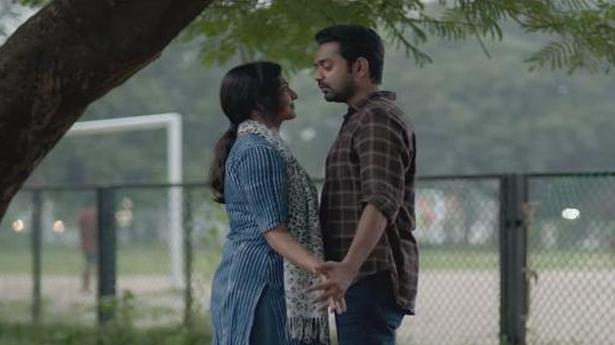 Pallavi Raveendran (Parvathy) has figured out her career trajectory quite early on. By the time she completes school, she knows she wants to be a pilot and begins working towards her dream. Yet in her personal relationship, she is seen constantly seen ceding space to boyfriend Govind (Asif Ali) who dictates every life choice of hers.

In a scene early on, she is on stage at a cultural festival in college, dancing like there is no tomorrow. Govind is among the crowd, anger dripping from his face, the reason for which is later revealed to be her costume. Pallavi does not put up a fight, she rather sounds apologetic as she tries hard to bring a smile to his face.

Manu Ashokan’s debut movie ‘Uyare’, written by Bobby-Sanjay, might on the surface appear to be an inspiring story of a woman standing up after a life-changing acid attack, but it is also about how she gets suffocated and suffers while caught in a toxic relationship with an over-possessive man. The movie comes at a time when the state has witnessed multiple instances of murderous attacks by young men against their lovers. It also works as a counter to those several movies made with the sole intention of attacking women “who unfairly dump their perfect boyfriends”.

As is expected, a saviour inevitably appears in her life, in the form of Vivek (Tovino Thomas), the son of a private airline owner, but for a change, he too is battling his own problems. She helps him, as much as he helps her. The myriad issues the film handles, from acid attack survival to parental issues to toxic relationships and questioning ideas of beauty, are all handled sensitively.

Predictability is certainly a problem here, right from the early scenes of a flight losing control, but this is the kind of film which you don’t want to end any other way. Maybe, Pallavi’s comeback to life might look a bit too easy, for not many survivors from the lesser privileged backgrounds will have a high-flying friend to help out.

Even at its weak points, it is Parvathy with her intense portrayal of Pallavi, who holds the film together. The shift in body language, as much as in emotions on her half-face, post the attack are something to watch out for. But even when she underplays effectively, the loud, over-dramatic background score works against the movie at some points. Despite the minor quibbles, ‘Uyare’ soars high on Parvathy’s wings.

Taiwanese-Canadian actor and supermodel Godfrey Gao, the first Asian to be the face of Louis Vuitton, died while filming a TV show in China on November 27. The 35-year-old Gao collapsed in the eastern city of Ningbo while on the set of “Chase Me”, a competitive sports reality show in China’s Zhejiang Television. A statement […]

Director SS Rajamouli has announced the date for the release of his next magnum opus RRR after the Baahubali series. Starring Ram Charan and Jr NTR in the lead roles, the film which was supposed to hit the theatres on July 26, 2020 has been postponed to January 8, 2021. The makers of the film […]