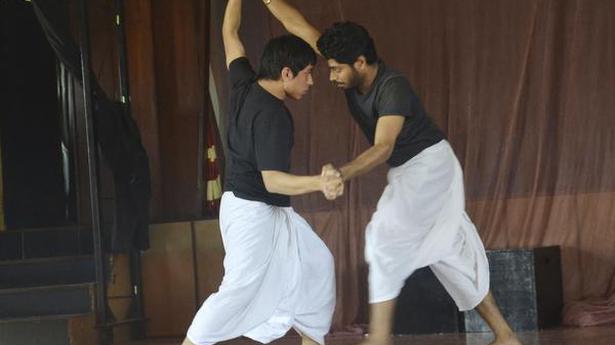 The annual presentation of the Drama School Mumbai (DSM) is finally upon us this week. The current batch of 18 students will be directed by no less an auteur than Sunil Shanbag in a production of Rakt Kalyan, which is Ram Gopal Bajaj’s Hindi translation of Girish Karnad’s Taledanda, the 1990 Kannada play about Lingayatism, the 12th century radical reform movement spearheaded by the philosopher Basavanna, who sought to release his followers from the shackles of caste and religious dogma. Karnad’s text had particular resonance when it first appeared, coming at the heels of the violent anti-Mandal agitations, while foreshadowing the Hindutva resurgence that marked the fractious 1990s.

In its six years, this is the first time DSM has picked up a classic Indian text, and its contemporary topicality and relevance cannot be understated. Shanbag’s mastery over text, and his canny grasp of political issues makes him the perfect choice to grapple with the anxieties of a world in the throes of bloody upheaval, albeit with a young ensemble for many of whom these considerations might be altogether new.

Shanbag’s own discovery of theatre as his inviolable vocation had been precipitated by an influential 1972 production of Karnad’s Hayavadana, directed by his mentor Satyadev Dubey. “It has always intrigued me how, in our drive to create new work, we don’t very often revisit our classics,” he says. This revival follows another — that of Prithviraj Kapoor’s Deewar, which Shanbag opened last year. For a recent director’s master class at Bengaluru’s Ranga Shankara, he used Taledanda as the workshop text. It awakened him to the play’s manifold possibilities. “The question of caste is all the more contentious these days, which is why I was drawn to the material’s potency,” he recalls. This is Shanbag’s first attempt at staging a Karnad play.

The play’s large-scale canvas with more than two dozen characters caught up in crowds, chaos and conflagrations, has been realised with a smaller (but still substantial) actor pool, with many in the cast assigned multiple characters. Shanbag isn’t daunted by numbers, since he has frequently worked with big ensembles in plays like Stories in a Song and Deewar, and he is hopeful of keeping the production afloat even after its institutional run. “It will have to be mounted and run as an Arpana production, but there are issues of logistics that will have to be carefully considered,” he explains.

For the director, although the play focuses on a specific region in a specific time in history, the events were part of a much larger social movement (the Bhakti movement). Yet, the past hasn’t necessarily been embellished to illuminate the present. Almost two weeks were spent by the students in researching the social and cultural contexts of the play. “One student presented a top-notch lecture on the evolution of caste reform and resistance in India,” says Shanbag. The students all hail from different corners of India, and the process took them back to their personal histories in order to piece together what became a collective understanding of the grim realities that are part of the country’s bloodied past and present.

Working with the complexities of the text was another challenge in what is essentially an argument play that pits two world-views against each other, the status quo-ist versus the stridently reformist. “This is what makes it so urgent and immediate, and beyond the text, it is also how actors hold each end in a dialectic that assumes significance,” says Shanbag.

The actors have certainly made the most of their parts, and the director feels that it was important to have thrown down the gauntlet rather than have them function in their comfort zone. Of one thing he was resolutely clear, “I told them that we cannot take refuge in the idea that this is a student production. Rather, we have to pitch it as a professional staging in its own right.”

The writer is a faculty member of DSM.

Rakt Kalyan will be staged at 7 p.m. at the DSM, Mumbai Marathi Sahitya Sangh, Dr. Bhalerao Marg, Charni Road Kele Wadi on March 9 and 10 at 7 p.m. and at G5A Foundation for Contemporary Culture on March 15 at 7.30 p.m.

Aliyah Royale on meeting the zombies in spin-off series ‘The Walking Dead: World Beyond’

The Huddle 2020 | We could reach 190 countries and millions of subscribers, says Manisha Koirala

For Manisha Koirala, an actor who ruled Bollywood in the 1990s, getting back to the showbiz after a sabbatical, specially on an OTT (over-the-top media service) platform like Netflix, was all about reinventing herself. “I studied what was working in the market, what the young generation was liking, the new directors to work with… It […]