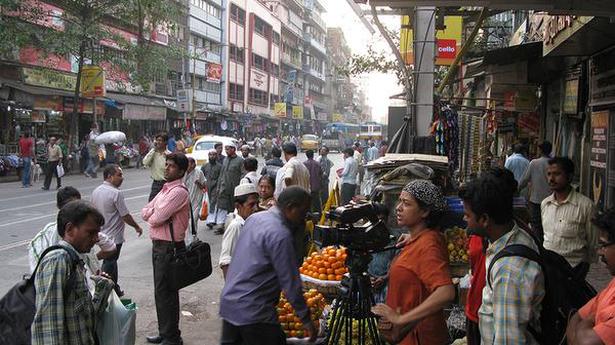 It was a hot summer afternoon when thousands were running behind a helicopter. On board was Lalu Prasad Yadav, in a village about six hours drive from Patna. He landed and soon started talking about democracy.

“We realised that Mr. Prasad was aware that a team on ground, headed by Abhijit Banerjee, was filming him, so he started talking about his days in MIT (Massachusetts Institute of Technology) and Oxford, where he had gone to give lectures,” said Ranu Ghosh, a cinematographer, who now shuttles between Germany and India. She and Mr. Banerjee, who got the Nobel in economics earlier this month, jointly directed a film, Magnificent Journey: Times and Tales of Democracy.

While Mr. Banerjee was not with the crew on that day, the “quotes” from the crowd after Lalu Prasad Yadav left were revealing. “They said, ‘We do not have entertainment in the village. So we come to hear him for entertainment, but we may or may not vote for him,” said Ms. Ghosh on phone from Hamburg.

The voters in India, according to her, have another “insightful” habit. “They assemble in a bigger number when someone arrives in a helicopter than when the same person comes in a jeep. The helicopter is a symbol of power in Indian democracy…and thus the demand of helicopter escalates during polls,” she said. There are many such stories in the film.

The team shot nearly 100 hours between 2006 and 2016, and engaged multiple teams to cover elections, both Lok Sabha and Vidhan Sabha, across the length and breadth of north India.The film was completed in last June. “It has archival value,” Ms. Ghosh said.

The filmmakers now plan to make a series of shorts from the footage, and also screen the film in festivals, universities and in civil society forums in India and abroad.

A group of government doctors and medical staff in Rae Bareli have released videos highlighting the poor and unpleasant living facilities provided to them at a government-run school where they were lodged under ‘active quarantine’. Following this, the chief medical officer of the district shifted the 25 doctors and paramedical staff to a guest house, […]

Jayam Ravi is an actor who works in the Tamil film industry. He comes from a ‘cinema family’ — the son of veteran film editor Mohan, and the younger sibling of director Mohan Raja. Ravi, whose last film was Comali, calls himself an “80s kid”. These are the four films that he loved watching growing […]

A for art: Nina Sabnani’s lifetime of work as an artist and storyteller

“You don’t know what’s Ajrakh?!” The children of a school in Mumbai couldn’t respond to their guest teacher’s question, but were rather miffed at her indignant tone. “We have never seen one, we doubt if our parents have either!” came the reply after the teacher — author/artist Nina Sabnani explained to them that it was […]