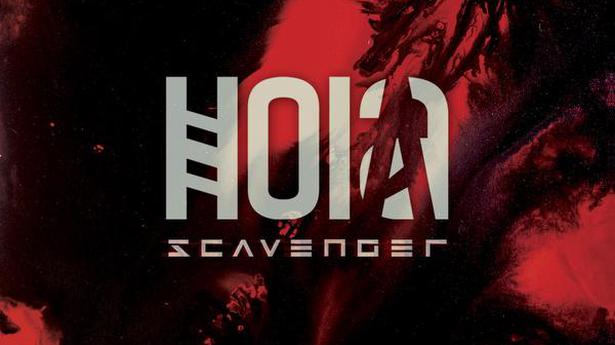 Excuse the pun, but it is probably many a musician’s watershed moment when they discover the dark and experimental world of prog rock. The likes of King Crimson, Porcupine Tree and (of course) Opeth clearly have a deep impression on a whole generation of songwriters now. Out in Mumbai, guitarist and producer Prateek Rajagopal channels much of this murkiness under the moniker Hoia, on his debut album Scavenger.

The experimental, multi-layered approach to song-writing that Rajagopal has – as well as the guitar tones – are very much reminiscent of Mikael Akerfeldt or Steven Wilson, but that is not to say there is nothing original about Hoia. Teaming up with drummer Wojtek Deregowski and Porucpine Tree’s bassist Colin Edwin, Scavenger is a deep dive into the world of prog. Where the album first establishes itself on an uneasy note with ‘Write Across’, it builds on the atmosphere distinctly on the 10-minute track that is ‘Escape Orb’. Over melancholic reminiscence, the vocals ripple eerily on ‘Escape Orb’ as well as on the next track, ‘Electric Wizard’.

While ‘Escape Orb’ is crafted on guitar lines that expect just when you want to, ‘Electric Wizard’ is more experimental and warped, in Rajagopal’s use of synth lines and heavily delayed guitar lines. It is the songwriter’s first foray into the fantasy world, although it is a fairly simple sinister storyline of the enticement provided by a wizard, towards life and death.

While ‘Electric Wizard’ is decidedly synth and piano-led, the interlude-like ‘Part II’ is more or less a filler, building up a thematic tension or perhaps a good experiment that Rajagopal put to use. The title track ‘Scavenger’, as soon as the vocals kick in, come across as signature Steven Wilson/Porcupine Tree, powered by a imposing bassline. It is a dark tale of an outcast who “collects desires”. The longer the track, the more Rajagopal seems adept at making it all cohesive, ringing together his synth prowess, guitar work and tapping Edwin for inimitable basslines. He even surprises with a jazz/blues detour that leads into epic-scale outro which crackles out.

Scavenger is a treat for any fan of dark progressive rock, although, a night-time listen might just haunt you for a while. Not necessarily a bad thing.

Get the album on hoiatv.bandcamp.com

The spate of new plays speaking truth to power in their own pockets of influence continues with Abhinav Grover’s new production of Girish Karnad’s Tughlaq, based on the classic’s Hindi translation by B V Karanth. Originally written in Kannada in 1964, the play is set during the reign of Mohammad bin Tughlaq (1325-1351) but, as […]

‘The Kung Fu Master’ film review: Unadulterated action makes up for the many flaws

A typical action film in Malayalam comes loaded not just with action. It is often a few minutes of fist fights sandwiched in between a long-winded family or political drama. This is where Abrid Shine’s latest outing The Kung Fu Master differs, dedicating much of its second half to just pure action, not the mindless […]

For the past 11 years, the National Centre for the Performing Arts (NCPA) has steadfastly been trying to familiarise people with culture from different regions of the country via the medium of local folk traditions. In accordance with the endeavour is the annual Living Traditions festival. The twelfth edition this year spotlights Odisha’s rich cultural […]