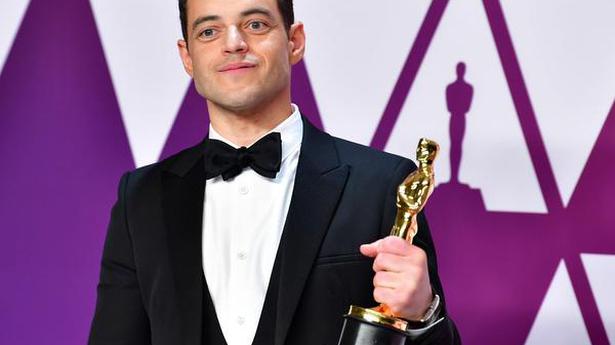 A first generation American of Egyptian descent playing another immigrant walked away with the Best Actor prize at the 91st Academy Awards last Sunday.

Rami Malek, 37, won his first Oscar for his depiction of flamboyant singer Freddie Mercury, born Farrokh Bulsara, who fronted British rock band Queen, in Bohemian Rhapsody. It is also the first time an actor of Arab heritage has bagged the award.

Was it a surprise win?

The film has done well at the box-office, taking in $854 million, but wasn’t acclaimed critically unanimously. Critics, however, showered praise on the actor, with Rolling Stone magazine saying that despite the flaws Malek’s take on the legendary singer “saves the day.” In the run-up to the Oscars, Malek had won the Golden Globe, the Screen Actors Guild and the British BAFTA awards.

Why did he relate to the role?

In his acceptance speech and later talking to the media, Malek drew comparisons between his and Mercury’s life in coming to terms with their identities. Mercury was born to Parsi parents with Indian roots, who moved to the United Kingdom from Zanzibar when he was a teenager. Reflecting on his own life, Malek said, “That kid was struggling with his identity… I think to anyone struggling, we made a film about a gay man, an immigrant, who lived his life just unapologetically himself. The fact that I’m celebrating him and this story…is proof that we’re longing for stories like this.”

When Malek got a call during the third season of TV series Mr. Robot for the role, he wondered how that young character, a hacker who felt profoundly alienated with such social anxiety, could ever play Mercury. But then as he began his deep research, Malek discovered that in Mercury’s “audacious, communicative powerful human being there was a sense of loneliness and anxiety. I could relate the two together.”

How did he prepare for it?

In 1991, Mercury was one of the first British celebrities to die of AIDS. He was 45 years old. The film is about the origins of Queen and Mercury’s personal battles and public persona, the struggles with his sexuality and drug abuse.

Malek, who could not even play the piano when he took on the part, did intensive training. He began voice, piano and guitar lessons, and said he spent months watching the archival footage of Mercury to understand his accent, movements, stage presence and the way he reacted to the audience. He also got a prosthetic for Mercury’s teeth, who was sometimes called Bucky as a child, to make it “feel more like Freddie.”

The film faithfully recreates frame by frame one of the high points of Queen’s career — the Live Aid benefit concert in London in July 1985. The Queen members, particularly guitarist Brian May and drummer Roger Taylor, were at hand to advise the filmmakers on every aspect of the music and Mercury’s role. For Malek, it was even more intimidating because the iconic concert was filmed on day one of shooting. According to reports, a combination of Mercury’s real voice, Malek’s voice and another singer was used against the band’s original recordings of Queen’s hits like We will Rock You and We are the Champions, the two songs with which the band opened Oscars night with the help of singer Adam Lambert.

What does it mean?

Growing up, Malek never thought it possible that he would one day act in Mr. Robot and win an Emmy “because I never saw anyone in the lead role that looked like me.”

He never believed he could play Freddie Mercury until he realised his name was Farrokh Bulsara — “and that was the most powerful message sent to me.”

As for Mercury, he was inspired by the way the Queen singer could move people and reach out to everyone, even those at the back of the room. Malek said it was as if he was telling the audience, “I will play to you and together we will transcend…it’s not about being from one place or looking like one thing or one race, we are all human beings, collectively we are all the champions.” In a divided world, Malek had hit the right note.

Last week, Shritej grabbed attention for reprising the role of Chandrababu Naidu (CBN) in Lakshmi’s NTR, Shritej not only looked like the AP Chief Minister, but also won accolades for his acting prowess. The recognition comes to this Vijayawada-born actor after 13 long years, during which period he played a hero in two Telugu films […]

Despite actor Jitendra Kumar being in great form as the common “lover” next door, Chaman Bahaar remains a static sketch about a small town male-centric world Source Related