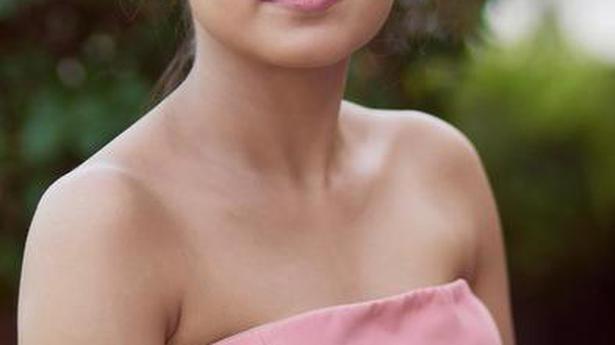 Shweta Tripathi Sharma cannot easily forget the first time she met director Saravana Rajendran. Saravana couldn’t speak Hindi or English, and the Masaan star didn’t know Tamil. “But I still went ahead and signed his film (Mehandi Circus) because the world that the filmmaker was creating was wonderful,” says Shweta, over a telephone chat.

The director and producer were pleasantly surprised that she had come without a manager or a family member, as is usually the norm in filmdom. “They instantly realised that it was me who would decide the projects I would work on. The fact that Raju Murugan was associated with the project excited me; I had seen his Tamil films Cuckoo and Joker and knew that these were the kind of people I want to work with.”

Usually, one of the main reasons a Bollywood actor signs a film in Tamil is because he/she gets an opportunity to feature in a big-star film or a big-director film. Shweta’s choice falls under neither. Mehandi Circus features a debutant actor (Ranga) and director. “The most important thing for me is the storyline and what world I would be part of. I am always physically and emotionally invested in the characters I play. I love to make people feel.”

She has already done that – in her roles in Masaan, Haraamkhor and Gone Kesh – and hopes to repeat that in Mehandi Circus as well. There were other Tamil films before Mehendi Circus that were offered to her, but Shweta chose this because “her gut told her to.”

“Language should not be a barrier for an actor; I want the world to see my work and not limit it to Hindi-speaking audiences.”

Shweta was drawn towards her character (Mehandi) and the world around her. “The films revolves around the love story of this boy, who owns a cassette shop, and falls in love with a circus girl,” she reveals, “I’ve always been entertained at the circus, but the lives they lead is not easy at all. They live in tents, and if it rains, their lives become miserable. They are always travelling. They keep rehearsing their acts every day rigorously, and for my role as Mehandi, I kept practising too… the knife-throwing act especially.”

Shweta has also dubbed her lines in the film, and that was among the more challenging parts of her journey. “It was very important that I learn the language. Before I started shooting, I watched a few Tamil films, including Kaala, Nadigaiyar Thilagam, Sarkar, apart from Joker and Cuckoo. All those helped.”

She is currently receiving a lot of acclaim for her Laakhon Mein Ek, her latest series for Amazon Prime Video, but is looking for a longer stint in Kollywood. “I think I’ll be doing a lot of work down South post the release of Mehandi Circus. What I love about the industries here is how they’re so passionate about the projects they work in, despite the many challenges on the sets. That’s how I like it. But I will continue to be choosy about what I do, even if I’m sitting at home without films, because every character I play leaves an impression on me. For me, work is sacred and very, very special.”

From the Bengaluru-based Indian Ensemble, comes Algorithms, a play written and directed by Chanakya Vyas, which brings under its purview the lives of working-class Uber (or Ola) drivers — a particular demographic that arrives at cities in droves drawn by cheery incentives to a burgeoning app-based economy, only to find themselves enslaved by an insidious […]

Legendary printmaker Jyoti Bhatt is equally famous for his photographs of rural life. One can see how the mediums overlapped in his mind from what he says in the essay, ‘Walls and Floors’, in the book Parallels That Meet: Paintings-Prints-Photographs: “Using the camera instead of a sketch book, I realised that it was not merely […]

The RD-SD fascination and the music of ‘Jewel Thief’

Newer and younger waves of music lovers and performers rediscover and reconnect to R.D. Burman’s genius — and this provides us with newer and fresher insights into his music. We also learn about how far back his influence made itself quietly and anonymously known in his father S.D. Burman’s compositions too. His new arrangements and […]