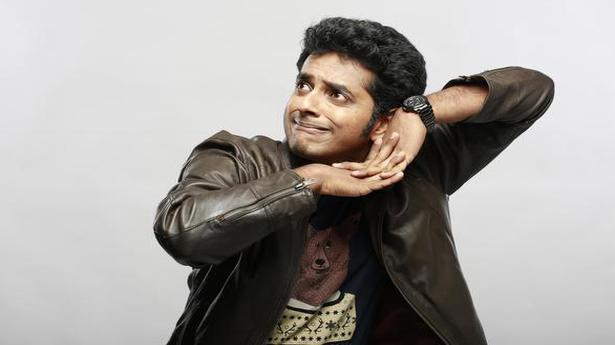 Naveen Richard has been away from the stage for a while — working his way through self-founded web series Better Life Foundation (BLF), Amazon Prime’s Pushpavalli and Star Boyz. And despite stints with networks like Comedy Central, he says the independent space is where he intends to stay. “It’s extremely freeing. We actually get to create (on our own terms),” says the Bengaluru-based comic.

He realised that shows like BLF and Star Boyz worked because they were examples of the best-case scenario: as creators, they had to exercise restraint over their own content. There will, however, be less of that restraint when he brings his comedy special to the CounterCulture Comedy Club in Chennai today.

High off the success of his hour-long Amazon Prime comedy special, Don’t Make That Face, he joins the ranks of fellow young comics that’ve used the platform to leverage their opportunities and use it to innovate.

“There’s a sense of credibility there, and with YouTube being as crowded as it is now, a platform like Amazon really helps new audiences ‘discover’ you. It’s also a testament to your ability to deliver,” he explains.

Richard grew up in Coimbatore and visited the city so often. “Frankly, I started off here with Evam and the crowd’s only gotten more energetic and giving since then,” he says. While he tested out the full-time comic life in Mumbai with friends and fellow comedians Kenneth Sebastian, Biswa Kalyan Rath, and Kanan Gill, he says coming to Chennai is “just like coming home”.

Out of the comfort zone

It’s been a year since his last appearance in the city — a year rife with experiences equally cherished and challenging, as he puts it. “Writing, acting, producing a show — it’s enriching, but equally painful because of how long it takes and how much work goes into it. Stand-up’s so vibrant, so alive, but it’s also all you. No filter,” he says.

The instant gratification is both terrifying and thrilling, and while it’s only one of the things on Richard’s already full plate right now, he says what’s yet to come is some of his most exciting work yet. “I don’t want to jinx it by saying too much, largely because nothing’s set in stone yet. But whatever’s in development, I’m extremely excited about, and I can’t wait for you guys to see it all.”

When, why and how did ‘Top Star’ Prashanth’s career take a turn for the worse? The answer could lie with his biggest silverscreen success Source Related

The movie is an adaptation of the eponymous 2012 novel by Jin Yucheng, and tells the story of a young man looking for status and romance in the boom years of 1990s China Source Related

Martin Scorsese’s new gangster film The Irishman was watched by an estimated 17.1 million Americans in its first five days of release on Netflix, according to Nielsen data released on Friday. The Nielsen estimates were the first indications of audience interest in the movie, which cost around $160 million to make and is expected to […]