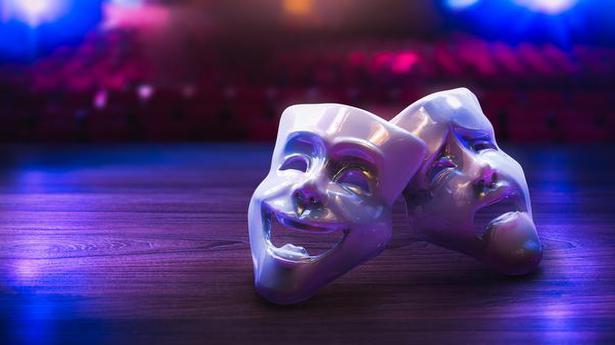 I was quite surprised by the response my last article got. I spoke about the rise of Bengaluru on the national theatre scene, and was flooded with responses, mostly positive. I also got pulled up for some omissions, a few of which I am genuinely sorry for. I blamed old age and word count, and made my peace.

I also realised that I need to learn more about other cities: Chennai, Delhi, Hyderabad, Pune and many others have a bustling theatre scene, but we tend to know only those groups that travel to Mumbai or perform at festivals.

I’m going to gather more information the next time I travel, and try to represent as many significant practitioners as I can.

This column, however, is prompted by something I saw in a movie hall recently. While watching Avengers: Endgame, two things happened. At a particular point in the film, the whole theatre erupted in a loud cheer, with some people jumping out of their seats. I had seen this last in Lagaan, when erstwhile traitor Laakha took a spectacular catch. The other thing that caught my attention happened a little earlier. The sound of subdued sniffling in an otherwise silent hall. When people are moved to extreme emotions, it’s a sign of successful storytelling.

Theatre has no evocative background score or moist-eyed close-ups to help. But can it move you? You bet. My first memory of crying in a theatre is during The Lion King at the Lyceum. And no, it wasn’t in the wildebeest stampede. It was right in the beginning, during Circle of Life, when a sunrise was depicted on stage. I was blown away by the simplicity of the idea, and the impact it managed to have nonetheless. I could have been crying because it made me feel inadequate, but I think it was just me having that Ricky Fitts moment with the plastic bag. (Feel free to Google that.)

I tend to get moved by craft in theatre. A piece of choreography, or a set change, or an unexpected effect pulled off with ease. Content, of course, always plays a part. I wouldn’t expect a dry eye in the house when we did our stage version of Tuesdays With Morrie. Mitch Albom’s simple, effective and insightful lines backed by strong performances are bound to tug at heartstrings.

But I’ve realised that making people laugh via theatre is infinitely easier than making them cry.

Recently, Q staged Every Brilliant Thing, a one-man show on depression. It was the simplicity and niceness of the presentation that let the deeper essence of the piece do its work. At a recent children’s play on mental health, many people wept, more because of the kid’s innocence than his struggle. Some lovely stories emerged in the aftermath.

A socially awkward and shy boy, averse to being photographed, asked for a photo with the protagonist. And a young girl thus far wary of her father’s mental troubles expressed a desire to re-approach him with patience, and a song, like the play suggested. These are heartening and life-affirming fallouts of a piece of theatre.

In my 19 years in theatre, I’ve realised that subtle calls to action work best. You can’t preach to an audience. People have left their jobs in search of happiness, or reconnected with their parents, or reassessed their marriages, or been nicer to people, or visited a place out of curiosity.

These are all true stories, but none of them was prompted by any direct message sent out by a play. Most of these occurred a little later, because the play lingered.

Theatre can also be disturbing. It can evoke memories that are not the most pleasant. Or talk about uncomfortable things. I remember people squirming through The Vagina Monologues. Men in particular. But the play helped them drop some inhibitions. I once made the mistake of asking an audience member, as she emerged from a dark play about paedophilia, whether she enjoyed it. She took offence to the word ‘enjoyed’. Later, she explained that she had loved the play, but it had rattled her.

The play was written by a Glaswegian playwright, and had not even been adapted to an Indian context. I find this among the most amazing capabilities of art. That a romance written in the 16th century can still capture our imagination. Or a play written halfway across the world can resonate with audiences anywhere. Or that a simple sunrise on stage can make us cry.

The Sky is Pink: a hummable soundtrack

There have been an interesting recurrence of curious phrases across Gulzar songs in recent times. The phrases sound curious, to me since those songs have been my introduction to the particular phrase. For example, there was ‘udan khatola’ that appeared in OK Jaanu (‘Sunn Bhavara’) and Rangoon(‘Mere Miyan Gaye England’), ‘good man di laltain’ across […]

13 minutes, $13 million: The logistics of pulling off a Super Bowl halftime show

The popular Super Bowl halftime show is only 13 minutes long, but the million-dollar-a-minute extravaganza takes thousands of people, months of planning and near military precision to pull off. Organizers have the Herculean task of turning a football field into a concert venue and back in less than half an hour, and without damaging the […]

The news came like a bolt from the blue! It was impossible to believe that a young, apparently fighting fit and dynamic person like Pandit Ramakant Gundecha, the younger of the world-renowned dhrupad maestros Gundecha Brothers, would close the flow of melody so abruptly while at the peak of creativity. “Unfortunately, this is true. I […]