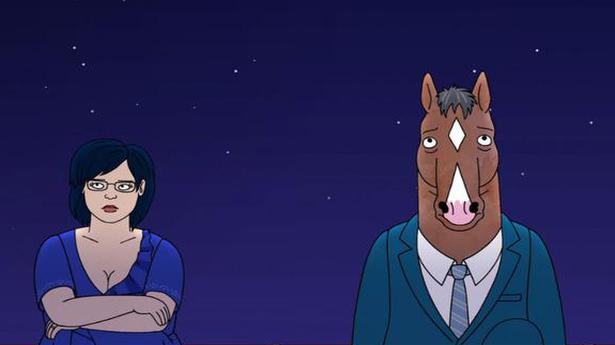 Actor Will Arnett is feeling “bittersweet” with the conclusion of his Netflix series BoJack Horseman as he admits that it is hard for him to let go of it.

The show, created by Raphael Bob-Waksberg, ended with its sixth season, which was divided into two parts. The first installment came out on October 25 last year, while the second part started streaming from January 31.

The animated series narrates the story of a depressed alcoholic horse called BoJack (Arnett), who plans his return to celebrity relevance with an autobiography.

Talking to Variety, the actor said he is “satisfied” with the way the show ended.

“It’s bittersweet. I feel satisfied with what we did. (Raphael) is an incredible writer and I feel fortunate I got to be a part of something like that, and ride his coattails a bit,” Arnett said.

The actor, who has also featured in shows such as Arrested Development and Riviera, admitted that it is still “hard to say goodbye“.

“Last week, we had a little screening in LA and Raphael, (Paul F. Tompkins) and (Aaron Paul) and I were talking. We were like, ‘What (else) can we do?’ We’re always doing that because it’s hard to let go,” Arnett said.

Continuing its run in Mumbai on the Marathi commercial theatre circuit is a revival of a classic production that was first staged in 1972. Himalayachi Savali (literally, The Shadow of the Himalayas) belongs to the oeuvre of one of Maharashtra’s most accomplished dramatists, Vasant Kanetkar. While the original production was top-lined by formidable talents Shreeram […]

I feel Mumbai in my gut: Piyush Jha

I love Juhu beach. I’m fascinated by it. In the mornings it’s a place that the rich frequent, and in the evenings, it’s a place for all,” says Piyush Jha. At this hour of the day, when the sun is almost overhead, Juhu beach seems to be having some me-time. It’s true that Mumbai’s public […]

Talking to Joshua Pollock is like peeling an onion. You think that you have reached the last layer, but there is always one more. It is not a reflection on the man, but the subject – Indian spirituality and Heartfulness – which seeks to centre oneself at the core of one’s heart. An avid trainer […]