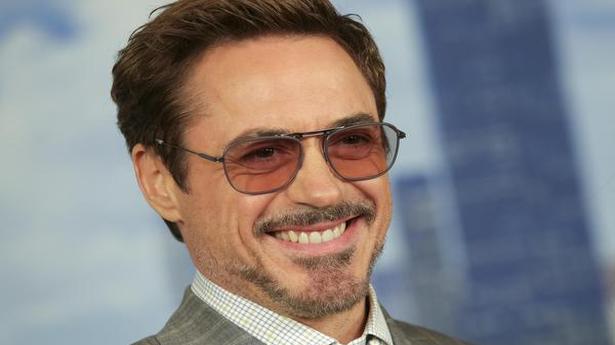 Indian members of Team Stark left Robert Downey Jr aka Iron Man overwhelmed by their love and adulation when they assembled in Delhi, Mumbai, Chennai and Bengaluru to meet their favourite superhero early on Sunday morning. Downey Jr, who has been playing the much-loved character since 2008, was in live conversation with his Indian fans from Seoul.

He is currently promoting Avengers: Endgame in South Korea with co-stars Brie Larson, Jeremy Renner and directors Anthony and Joe Russo. The actor may be known for his witty remarks, but he was left speechless when his appearance on screen was met with deafening screams of crazy fans.

“You guys are just amazing fans. I can’t wait. I cannot believe I haven’t been to India. I’m coming there so damn soon,” the actor told close to 1,500 fans who gathered in the four metros to catch his glimpse.

Only four lucky Marvel fanatics got the golden opportunity to ask a question to their beloved superhero and the actor was all ears to them. When one of the fans asked if he could tell some fun stories from the Endgame wrap party, the actor gave an emotional response saying the film sums up all the good memories the team shared over the years.

“Well, I have no memory of it so it must have been pretty good. I got to tell you honestly, we made both Infinity War and Endgame, we basically shot them back to back and it was the time that most of the Avengers and Guardians and everyone was spending the most time together. This Endgame really represents the culmination of probably the time in our lives that we have been the closest,” he said.

The video conference took place in cinema halls across the four cities, which were jam-packed with Iron Man admirers holding posters, donning T-shirts and chanting ‘RDJ’ ever since they arrived in the theatres.

In the current lockdown situation, Facebook and Instagram have emerged the most go-to avenues for socialising. According to data collected by Instagram, in India, live views have increased by more than 60%. How do artistes who perform on these platforms feel about the whole arrangement? Does it make them nervous? Do they worry about ‘audiences’ […]

The mridangam rapper who is re-imagining hip-hop

Going purely by Shan Vincent de Paul’s videos, you expect him to be a fast-speaking, cocky young man. But over a phone call, the Toronto resident sounds calm and measured in thought. His eccentric series of ‘Mridangam Raps’ shot him to global fame, especially in the South Asian community, and kick-started his first India tour […]