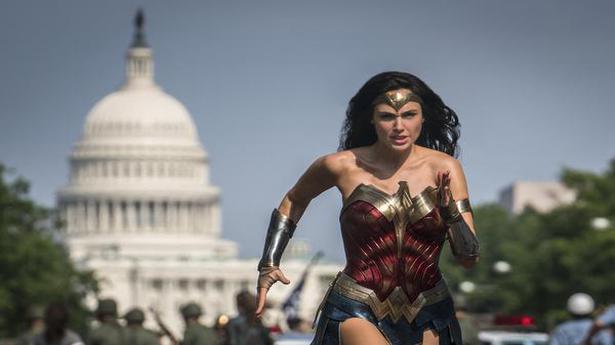 The much-awaited movie, directed by Patty Jenkins and starring Gal Gadot in the lead, is set to release on December 25.

In an unprecedented move, Warner Bros has decided to release its superhero tentpole Wonder Woman 1984 both theatrically and on the streaming platform HBO Max on the same day.

The much-awaited movie, directed by Patty Jenkins and starring Gal Gadot in the lead, will debut in U.S. theatres on December 25 and the same day it will also premiere on HBO Max.

The superhero movie will release in the overseas markets nine days earlier on December 16, Warner Bros said in a statement.

“As we navigate these unprecedented times, we’ve had to be innovative in keeping our businesses moving forward while continuing to super-serve our fans,” Ann Sarnoff, Chair and CEO, WarnerMedia Studios and Networks Group, which includes Warner Bros. Pictures, said.

“This is an amazing film that really comes to life on the big screen and, working with our partners in the exhibition community, we will provide that option to consumers in the U.S. where theatres are open. We realise that a lot of consumers can’t go back to the movies due to the pandemic, so we also want to give them the option to see Wonder Woman 1984 via our HBO Max platform,” she added.

The DC film was originally scheduled to open on June 5 but was postponed to August 14 and later to December due to the coronavirus pandemic.

It reunites Gadot with Jenkins and co-star Chris Pine after their successful outing with 2017’s Wonder Woman (reviewed here). With the new film, actors Pedro Pascal and Kristen Wiig are joining the franchise.

Both Gadot and Jenkins released statements on social media about the film’s simultaneous release in theatres and on HBO Max.

Gadot said it was not “easy decision” for them but they are excited about the film finally seeing the light of the day.

“We’ve all waited a long time for this one to come. I can’t tell you how excited I am for all of you to see this movie. It wasn’t an easy decision and we never thought we’d have to hold onto the release for such a long time but COVID rocked all our worlds,” she said.

“We feel the movie has never been so relevant and we hope that it’ll bring some joy, hope and love to your hearts. Wonder Woman 1984 is a special one for me and I can only hope it’ll be as special to you too,” the Hollywood star said.

Jenkins said it is her hope that the film will provide a “reprieve to all of you this holiday season”.

“The time has come. At some point you have to choose to share any love and joy you have to give, over everything else. We love our movie as we love our fans, so we truly hope that our film brings a little bit of joy and reprieve to all of you this holiday season,” she said.

“Watch it in theatres, where it is made safe to do so (check out the great work theatres have done to make it so!) And available in the safety of your home on HBOMax where it is on. Happy holidays to all of you. We hope you enjoy our film as much as we enjoyed making it,” she said.

The simultaneous release of Wonder Woman 1984 will be another test of sorts for Warner Bros after it decided to go for a staggered release of Christopher Nolan’s Tenet.

The movie was the first big-budget Hollywood feature to go for a theatrical release since the novel coronavirus pandemic shut down the cinemas worldwide in March.

The film has grossed nearly $350 million globally in two months, kick-starting a debate about whether it is a disappointing or decent figure during the ongoing health crisis.

How classic numbers inspire filmmakers to make them part of fresh films and serials One of the many joys of watching Anurag Basu’s Ludo is seeing gangster Sattu Bhai listening to ‘O Betaji, O Babuji’ as he goes about his criminal activities. The C. Ramachandra composition lends heft to the anthology where the four strands […]

Flight of fantasy with Michael Sheen: ‘I’d be happy being a part of anything Neil Gaiman creates’

Michael Sheen finds it ironic that working in a big-budget film entails reacting to the “most cheap-looking environments”. The Welsh actor, who played Aziraphale, a haute cuisine-loving angel on Earth, in Good Omens, has found himself navigating several fantasy worlds as an actor. Be it Tron: Legacy (2010) or the recently-released (and critically panned), Dolittle, […]